Home » Favorites » A Raisin in the Sun

"All men dream: but not equally. Those who dream by night in the dusty recesses of their minds wake in the day to find that it was vanity: but the dreamers of the day are dangerous men, for they may act their dreams with open eyes, to make it possible."
--T. E. Lawrence, The Seven Pillars of Wisdom

As an outdoor kind of guy, I'm a huge fan of adventure narratives--sweeping epics of survival and daring first ascents. Equally, I've always been drawn to stories at the opposite end of the literary spectrum: stories free of adrenaline and stripped of a glossy Hollywood veneer, stories that bring the reader in touch with the basic struggles of ordinary life. It's easy to fall in love with a fast-paced tale of life and death at a far-flung corner of the earth, but for me there's an overlooked romance in bearing witness both to the struggles of everyday life and to the extent to which people will go to keep even modest hopes and dreams alive.

One such story, and a personal favorite, is the play A Raisin in the Sun, which follows the struggles of a working class black family in Chicago, fighting not only racism but also to keep their version of the American Dream alive: the simple dream of owning their own home. No sexy story line here--merely a gritty, raw, and very real struggle to nurture a dream that you can sense, just as the characters themselves do, hangs by the very finest of threads. The barest fraction of us will ever be able to relate to the struggles of those who climb the 8000-meter peaks of the world or were the first to reach the earth's poles, but within stories like A Raisin in the Sun there's an intimacy of subject matter that nearly everyone can relate to, complete with its frustration, it's despair, and ultimately its triumph.

There's a literal connection between A Raisin in the Sun and thru-hiking a long trail like the PCT: I've certainly felt like a withering piece of fruit under the desert sun, that's for sure. But more deeply, the story of thru-hiking is its own chronicle of a daily struggle to breathe life into a dream. At first glance, it may seem to have a glossy veneer of grand adventure--which it certainly is--but the real beauty is what lies underneath: a decidedly unglamorous labor of love, of sweat, blood, and occasionally tears, a story of the will to continue on and to see a dream with open eyes. Witnessing what other hikers give of themselves on a daily basis in the name of fulfilling that dream, is both beautiful and inspiring. On this very trail, the notions of both of my great literary interests--of astounding adventure and of the beauty of ordinary struggle--intersect.

The countdown to Kennedy Meadows now stands at one day. Sweet Pea, Beardoh, XC and I crossed the point today where 25% of the trail is now officially behind us. 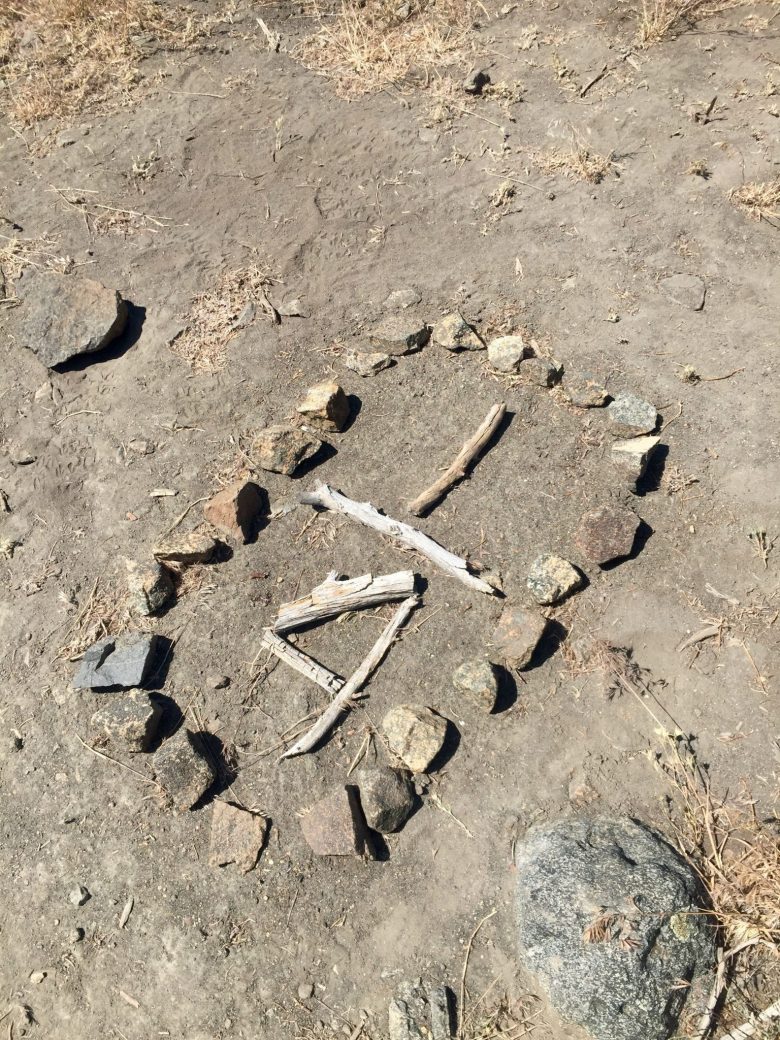 Tomorrow we awake to one final climb before the descending miles into Kennedy Meadows, a reunion with Proton, the official conclusion of the desert and the opening act of the High Sierra.