The 7:15am bus from the village in Mammoth Lakes whisked us directly back up the mountain to Red's Meadow where we sat enjoying a cup of coffee in the warmth of the morning sun before starting down the trail just after 9:00. Not five minutes later, a sign displayed a dizzying amount of information... 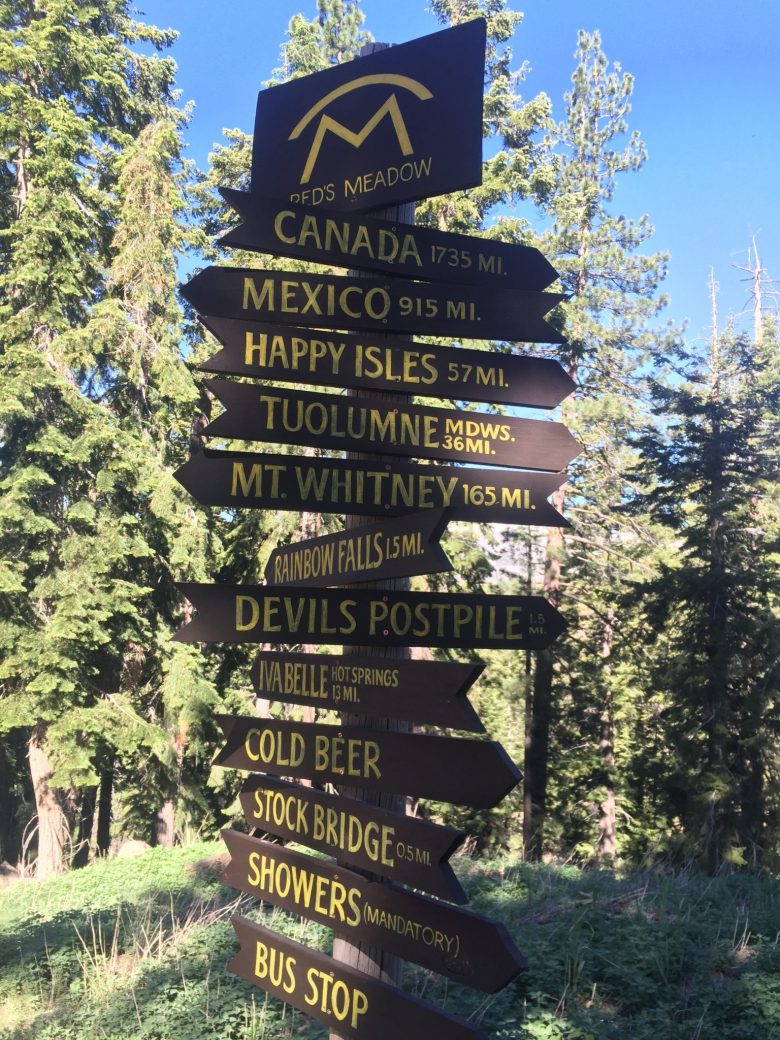 After weening myself off of coffee for the month prior to leaving for the trail, I'm pretty sure this is the caffeine smiling: 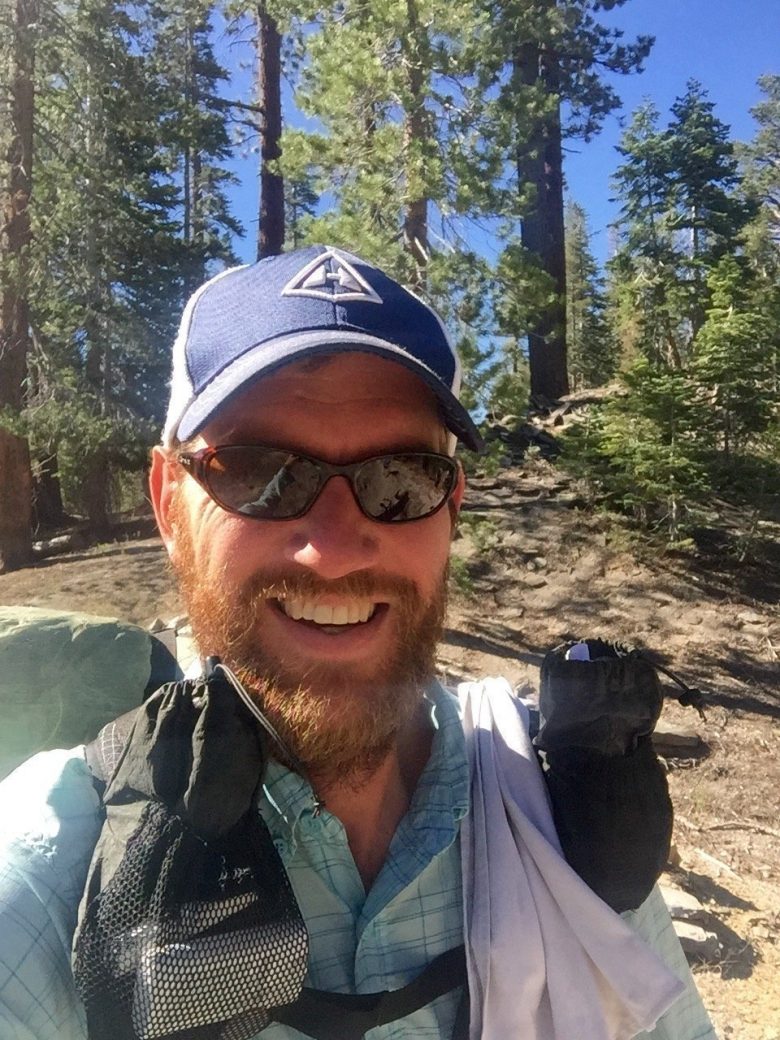 Not a mile down the trail from Red's Meadow lies Devil's Postpile National Monument, a cliff comprised of hexagonal columns of basalt that were once pushed up through cracks in the earth and ultimately exposed by glacial retreat during the last ice age. The columns that have broken into pieces and sloughed off the cliff give the appearance of a great bone pile belonging to a mythical creature that lurks at its base. A cliff troll, perhaps?

The real star of today's show, however, was the John Muir Trail. Several miles beyond Devil's Postpile, the John Muir Trail temporarily diverges from the Pacific Crest Trail for the first time since near Mt. Whitney. An overwhelmingly popular alternate to the actual PCT for 13 miles, with scenery like this it's not difficult to see why. 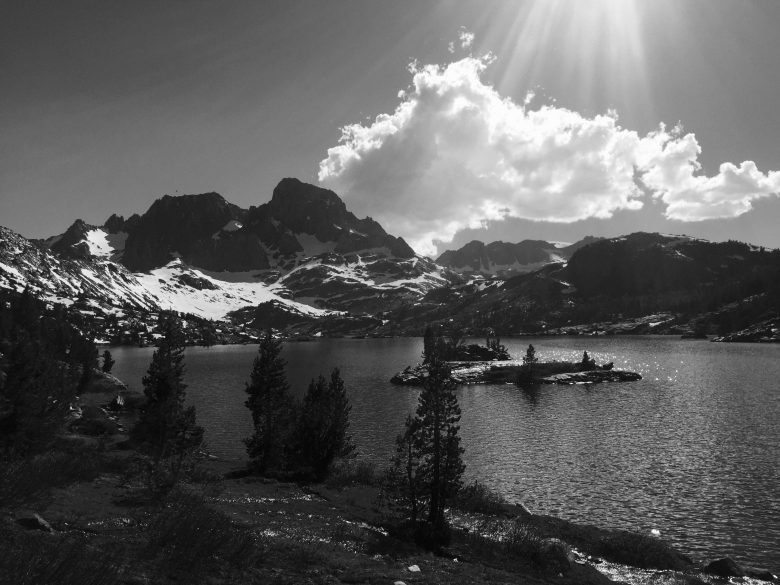 Lake after sparking lake rolled by, many named for precious gems--garnet, ruby, emerald--that would hold far less interest than the view of the lakes themselves. With XC now ahead of us and Sweet Pea electing to skip these two days in favor of resting her troublesome hip, Proton, Beardoh, Gazelle, Dreamcatcher and I spent long breaks for both lunch and dinner on the shore of the lakes, the slightly cool breeze perfectly offsetting the heat of the sun.

Three miles before our day came to an end, the PCT and JMT merged one final time before they diverge for good at the end of our day tomorrow. The shared trail has truly been a trip down memory lane from my time with Emily here last fall. It will be sad to close the curtain on the familiarity of this trail and those memories tomorrow when we enter Yosemite National Park and reach Tuolumne Meadows, but beyond awaits uncharted miles drawing us ever closer to the 1000-mile mark.