It was an exhausting night trying to keep things as dry as possible, and sleep came only in short spurts. The sweetest sound of the morning wasn't even a sound at all but rather the absence of one: the absence of rain falling on the tent. It was a big weather break if it would only hold out long enough to climb up and find a spot with some sun if there was any to be found. After yesterday's grueling slog through the rain though, my legs were like two blocks of lead as I trudged off in my wet clothes, hoping to cook them dry with my body heat as I climbed. Tired legs or not, there was a lot of climbing in store--more than 8000 feet of it today--as it seems there has been most days since we entered Washington. A part of the elevation profile for today told the whole story. 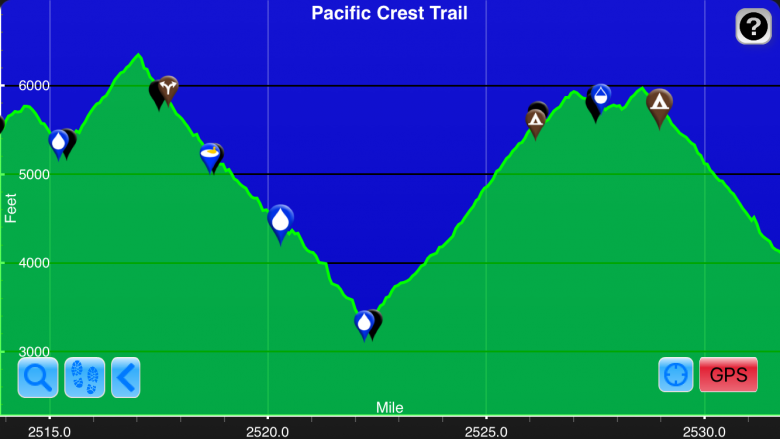 Little pockets of blue sky began to appear, giving me hope that not only might it not rain today but we may even have the unexpected chance to dry some of our gear in the sunshine. We finally found a promising open spot with some rocks that was getting just a few moments of sun between the big clouds that were drifting up the mountain and it was thankfully enough to dry out all of our gear. It may have looked like a giant yard sale high on a mountainside, but it was an incredibly good stroke of luck that we'd been able to hit the reset button on the thorough soaking that we'd gotten 24 hours earlier. Everyone's spirits were buoyed by the good fortune. 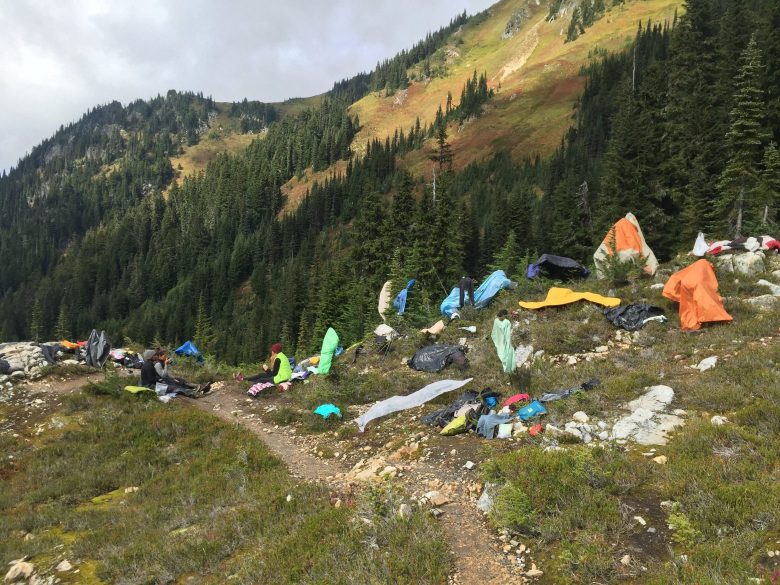 What we'd missed yesterday were the front row views of Glacier Peak, which we'd begun to wind around. In and out of the passing clouds that obstinately hung in the sky following the storm, the peak occasionally revealed itself only to be swallowed by the clouds moments later. 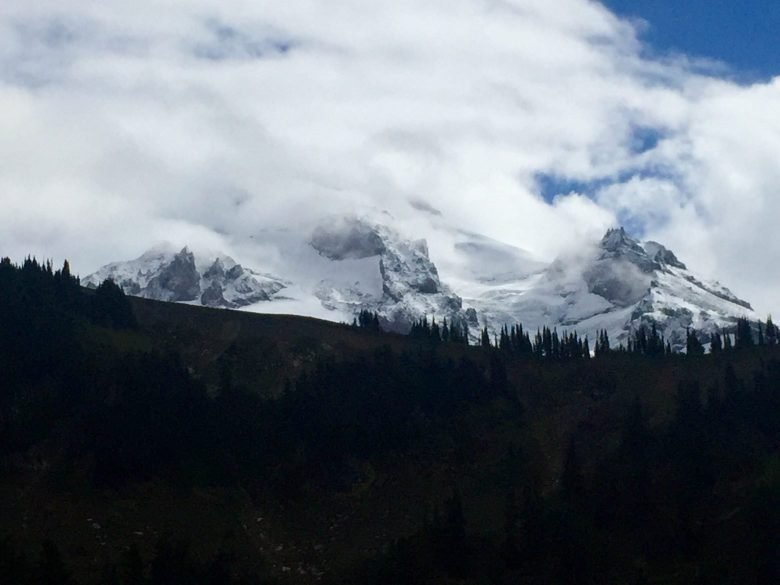 The view into the North Cascades from the crest of our first log climb had a little of everything: blue sky mixed with clouds that revealed just enough without completely ruining the surprise of what is to come. Here and there distant glaciers could be seen poking out just below the clouds while other peaks had a fresh dusting of snow at the higher elevations from yesterday's storm. Somewhere out there is North Cascades National Park, and the border monument that hopefully we will reach exactly one week from today.

Completing the picture was the first marmot I've seen since the Sierra, despite having heard the whistles of several others since then. 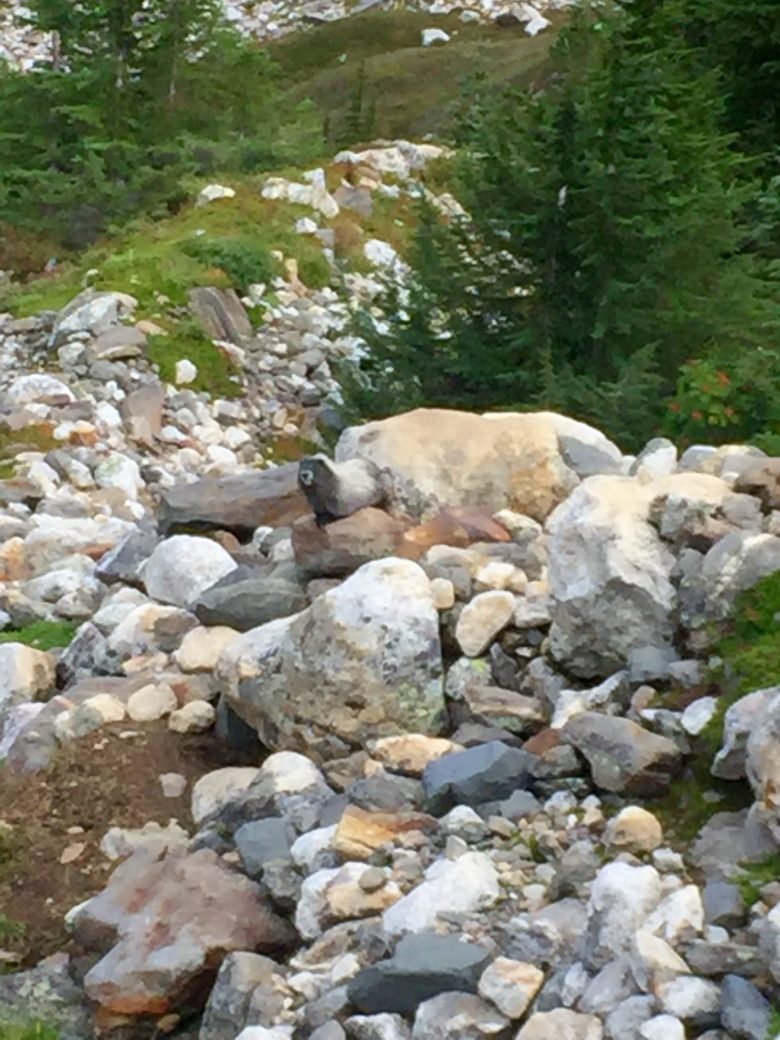 Marmot on the rocks

Though it was never the sun-soaked bluebird day that we might have dreamt of, today certainly felt a lot like redemption. The rains were held at bay all the way until the final few miles of our climb up to camp when two brief cloudbursts rolled quickly through. Cold enough to cook dinner while inside my sleeping bag, it's a relief to be here in this moment, warm and dry, rather than struggling with wet gear and a tired patience for another night. Here's hoping it's a dry one.