The heat wave again had us starting early to take advantage of what little relief was to be had by hiking in the comparative cool of the morning. That sticky feeling you get, even at such an early hour, often portends the inferno yet to come and today was no exception. The refuge of the shade was the only meager relief available from the oppressive heat.

Of course, when the trail turns a corner to reveal this snowy beast rising far above the surrounding peaks in the distance, it can't be all doom and gloom: 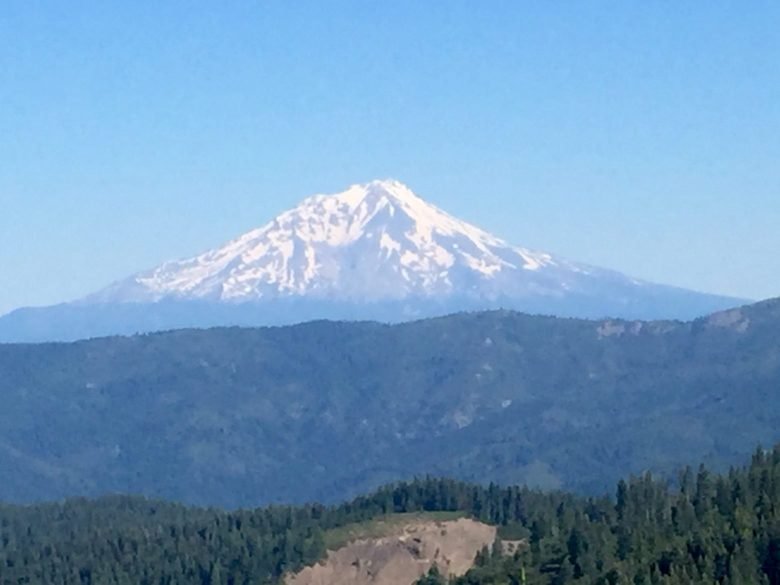 Views like this of Mt. Shasta were a constant reward today for our perseverance through the heat. Fighting our own individual battle with the sun as we were, it's easy to lose sight of the fact that far more significant problems have forced a number of thru-hikers we've met along the way off the trail for good recently. The collective wear of the trail has certainly begun to exact its toll, and we were reminded of this when we noticed a hiker we knew suddenly traveling southbound toward us while we took a break in the shade. Boomer, a retiree from Oklahoma, had apparently gotten off the trail for several days to attend to a kidney problem only to return and have the same problem recur after several days. His decision was to turn around and hike the 32 miles back to the last town, where he'd fly home to get treatment and recover. It was a sad moment to see someone's hike end in such a way, and after so many miles, but his story merely echoes the three others we've heard in as many days of fellow hikers forced to end their hike due to injury. Hearing stories like these can be difficult to ignore, and with the heat as trying as it is they can easily add to your own mental struggle, reminding you of how this endeavor can so swiftly and easily come to an unexpected end. But just when my mind begins to rebel against me, another fantastic feat of natural beauty presents itself and my mindset is renewed, anxious to see what lies around the next bend. 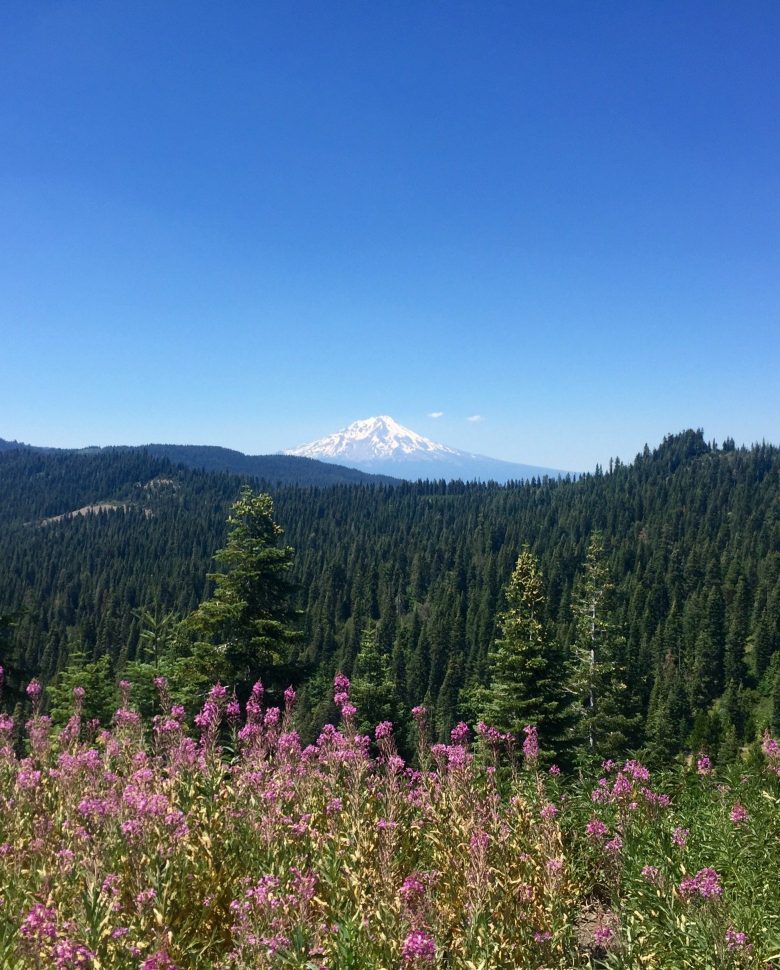