The high drama that the trail had been lacking for the past week or more returned in a flash today, as we entered into the Marble Mountain Wilderness, where rugged and rocky peaks with high alpine lakes quickly replaced the dense forests. 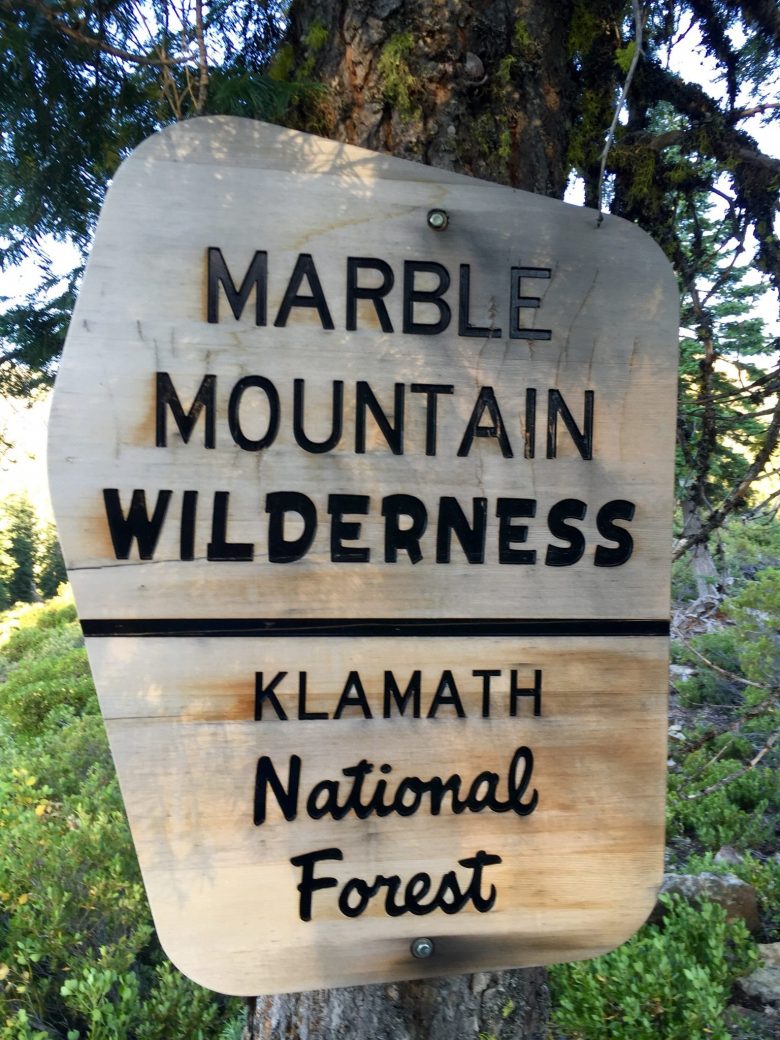 Not 3 miles into the morning, we crossed the 1,600-mile mark, the final big milestone in California. After 3 continuous months of trail in the state, it's hard to believe that the next major milestone we encounter will, at long last, be in a new state. 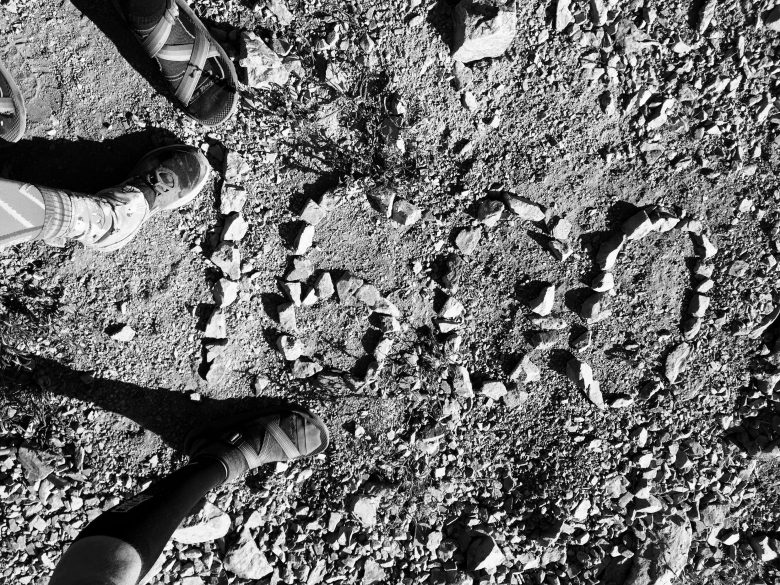 The contrast of the rocky spines of the mountains against the deep blue sky was stunning, and the reappearance of clouds for the first time in weeks only heightened the effect. 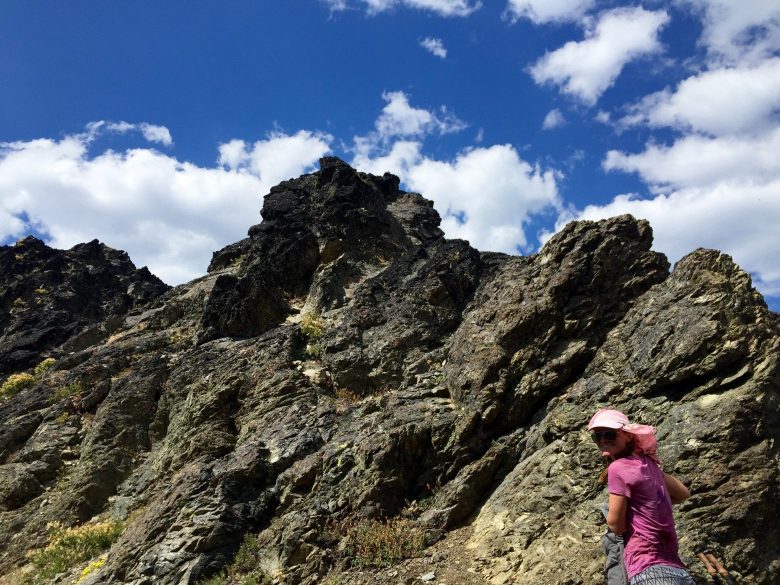 Sweet Pea on a rocky spine

There were even moments when I thought that the trail could have been plucked straight from many portions of the Cascade Range in Washington State, with steep slopes of talus plunging directly into lakes whose deep blue color bled into emerald green in the shallows. 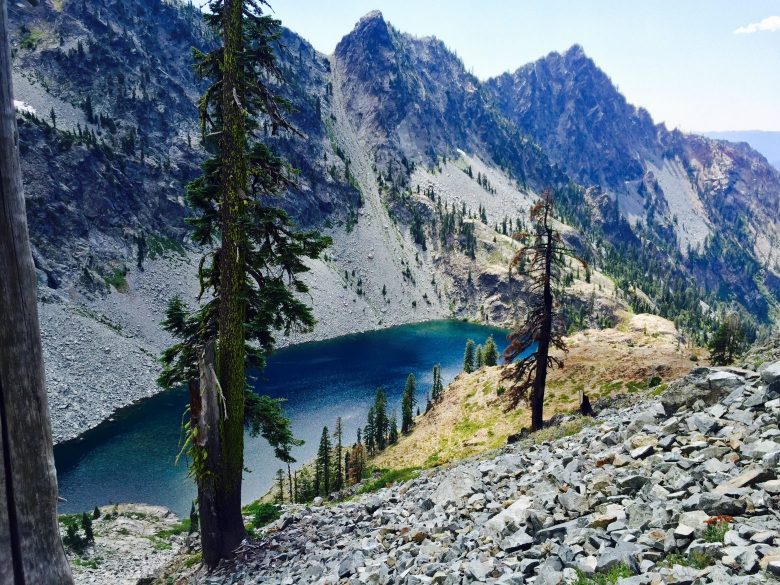 Rounding out the day's diverse scenery, the trail even traversed a large swath of forest that had been impacted by fire in recent years, its dead fir trees still standing tall, testifying to their past while thickets of bright wildflowers grew beneath them. 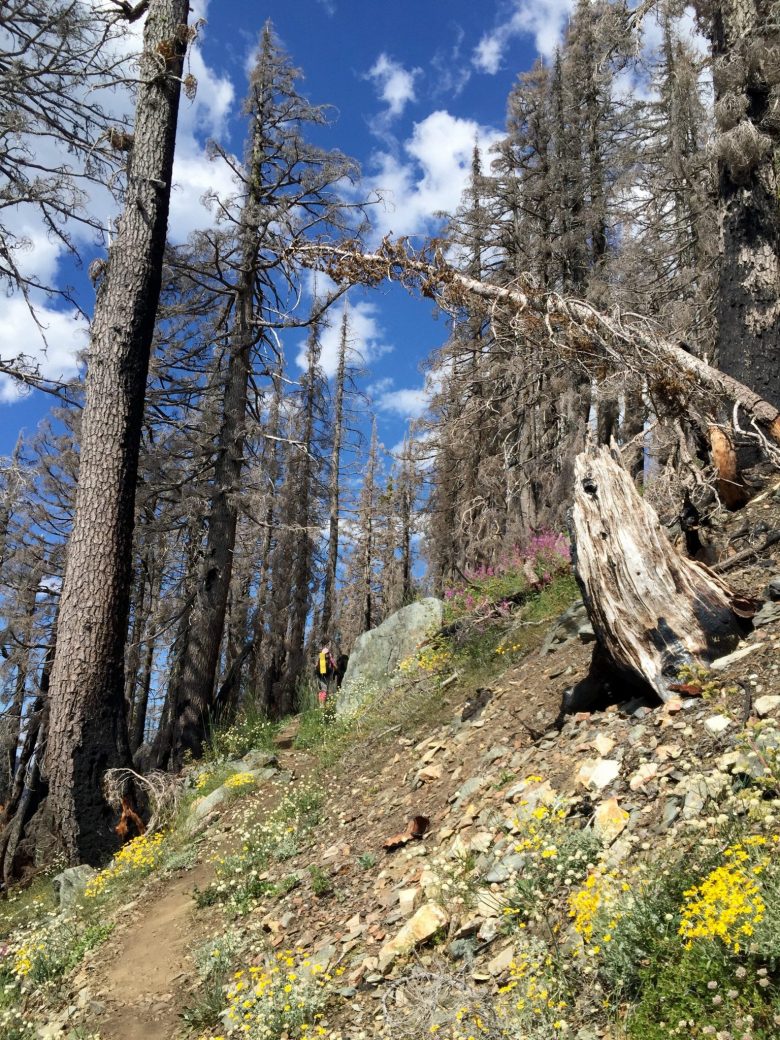 For several days now, the faces of other thru-hikers we've passed have become increasingly familiar as the trail has gradually become quieter. Whether it's due to attrition or simply a spreading of the pack as the hike deepens into its final 1,000 miles is difficult to know, though in all likelihood it's a combination of the two.

Our day concluded at the site of a long since defunct ranger cabin where we're surrounded by the most aggressive herd of deer I've ever seen. Fearless to come within a few feet of us, even shouting and throwing sticks and/or rocks in their direction to shoo them away has almost no effect. Outside of Shenandoah National Park, I've never seen anything like it--a fearlessness not uncommon in the front country, though quite rare in the backcountry. 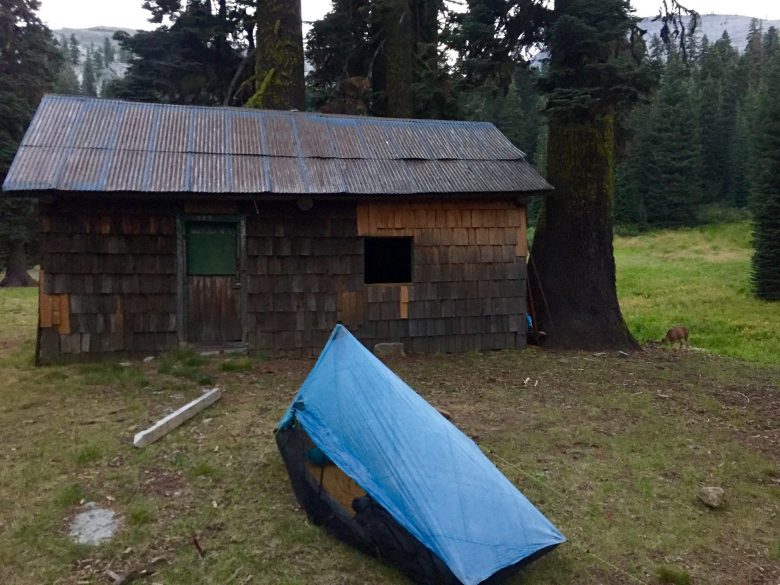