I wasn't sure what was happening but I was certain that something was wrong with my eyesight. I had barely rubbed the sleep from my eyes before putting in my contact lenses and crawling from my tent when the world began to swing from sharp to blurry and back with each blink. Convincing myself that this was temporary, I started down the trail in a cloud of mosquitoes hoping that my vision wouldn't fail me at the most inopportune moment. My mind was aflutter compiling a list of possible causes, from the benign to the terrifying, of what was behind the problem. When I finally stopped to rinse my contacts and ask Gazelle if there was anything outwardly strange about my eyes, it was only when I removed the lens from my left eye that I noticed not one but two lenses perched on my fingertip. I had forgotten to remove them last night and had simply put in a fresh pair on top of them. Genius.

In any event, it was a good thing I solved the vision mystery early in the morning since the rest of the day brought plenty worth seeing. The transition in landscape upon leaving Yosemite NP behind yesterday evening was both stark and nearly immediate. Where hulking slabs of granite once loomed, broad slopes of loose volcanic rock had taken their place. The snow strewn and treeless expanses made for some breathtaking views.

Gazelle on a long traverse

As Gazelle and I climbed the long switchbacks we suddenly heard shouting from far above us. Looking up to find the source, we saw Beardoh and Sweet Pea waving their arms. After what had been a long and tiring couple of days, we were thrilled to see them, knowing we had finally caught back up with the group. 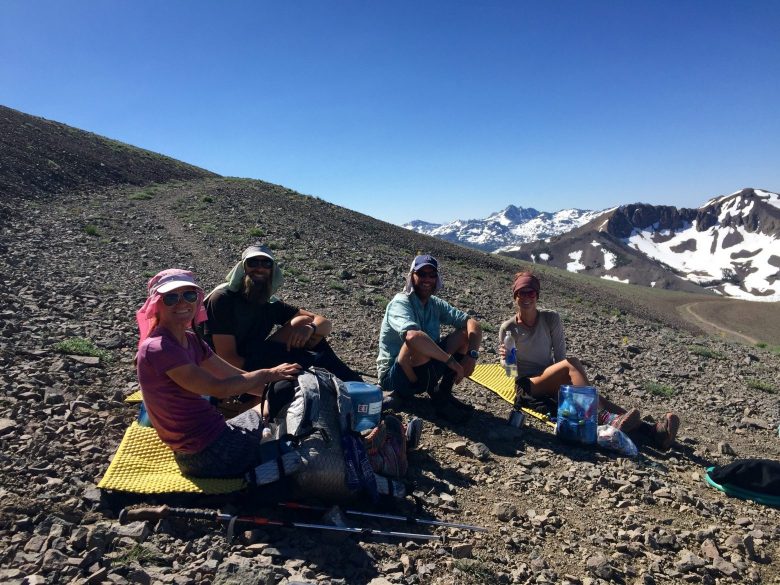 It turns out that Proton, XC, and Dreamcatcher had camped even further ahead than they had, so the four of us caught up for a bit during a break and hiked on the rest of the afternoon together. It was wonderful to see them and to catch up on their hike from the last few days that we'd been apart.

Beardoh and Sweet Pea on a barren moonscape

Sometimes you find yourself at just the right place for lunch and today that place was a ledge at just below 11,000 feet...

The final descent to Sonora Pass involved a series of glissades that had us all smiling from ear to ear as we sailed down the sun-soaked basin. By the time we reached the pass and found an incredible spread of trail magic awaiting us, we had already begun to hear stories of a number of other hikers who had fallen victim to the dreaded "unplanned glissade." At the pitch of those slopes, it wasn't hard to imagine how harrowing such a descent would be when it begins with a surprising slip of a single foot.

Reaching Sonora Pass meant a hitch down the mountain to Kennedy Meadows resort (yes, another Kennedy Meadows) for food, resupply, and most importantly the end of having to carry a bear canister. Saying goodbye to this round, hard-sided, 2-pound albatross was anything but bittersweet. I'd sooner have shed tears for mailing home an actual anchor. 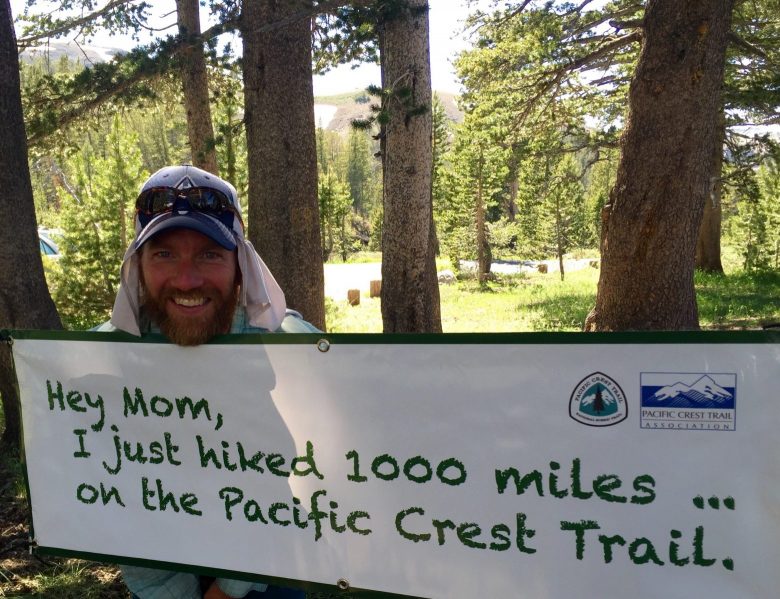 In four short days, we'll all pull in to South Lake Tahoe for a much anticipated rest stop. With two days off planned and a rented house to spend it in, everyone is excited given the trials of the last four days. More importantly, Emily will be flying down to join in the fun and it wouldn't be humanly possible for me to be any more excited to see her.