Leaving the hotel at Snoqualmie Pass, the sky was blue in every direction and the night's cold had coated low-lying pockets of vegetation with a fine frost. We had decided to take one last alternate, and like a couple of the others we've taken, we'd again follow the course of what was once the original PCT, this time detouring towards Goldmyer Hot Springs. 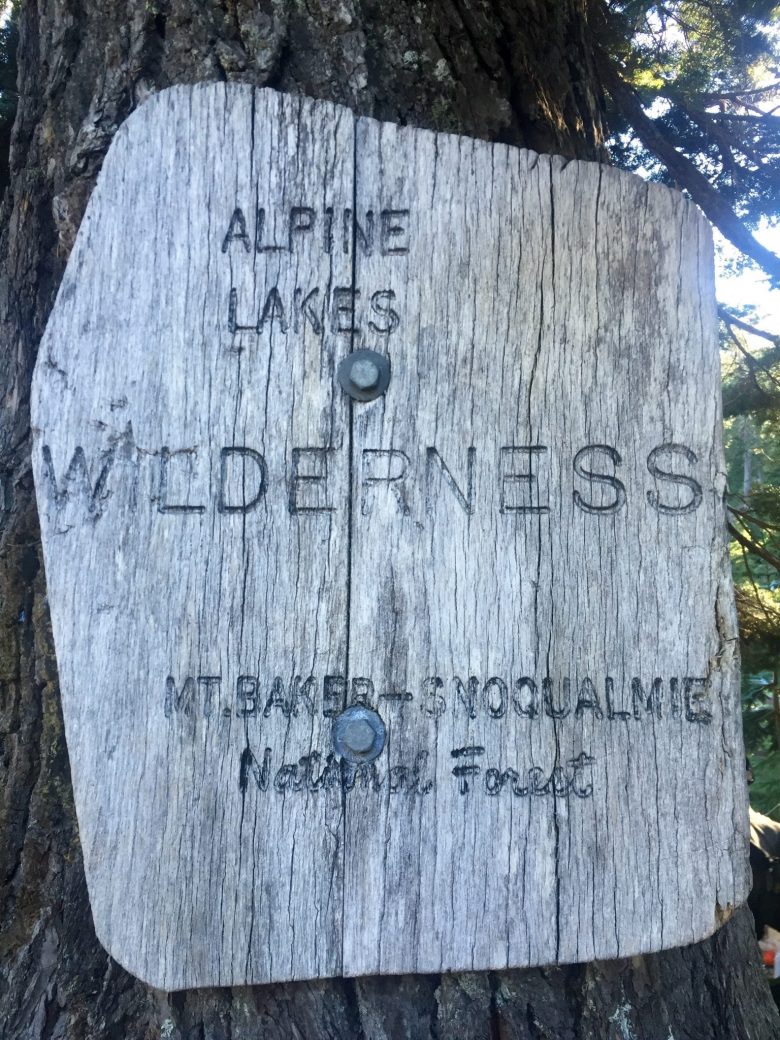 The alternate route began with a short road walk past the small Bavarian-themed development next to Alpental ski area before turning onto a popular day hike trail that enters the Alpine Lakes Wilderness on the way to Snow Lake. Having been to the lake years ago, it was even larger than I remembered it and contrary to those past visits, there wasn't a soul around. 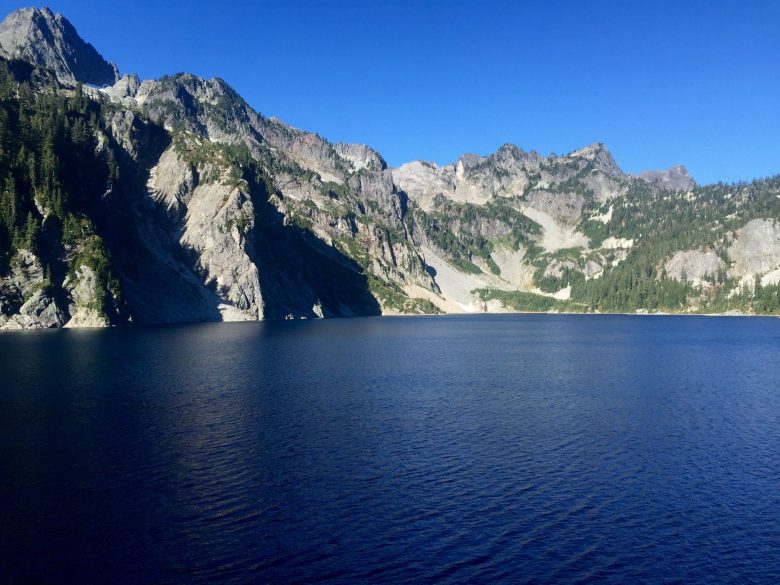 Once beyond the far shore of the lake, the well-traveled trail quickly morphed into a little-used and considerably rougher footpath that wasted little time in getting about the business of a rapid descent for several thousand feet. Through somewhat overgrown patches and across steep and wobbly fields of rock, the tight switchbacks soon had brought us down into the trees where large spots of blowdown were waiting. Several had succeeded in making passage a bit of a challenge, and it was evidence of how much less use this trail has gotten over the years. 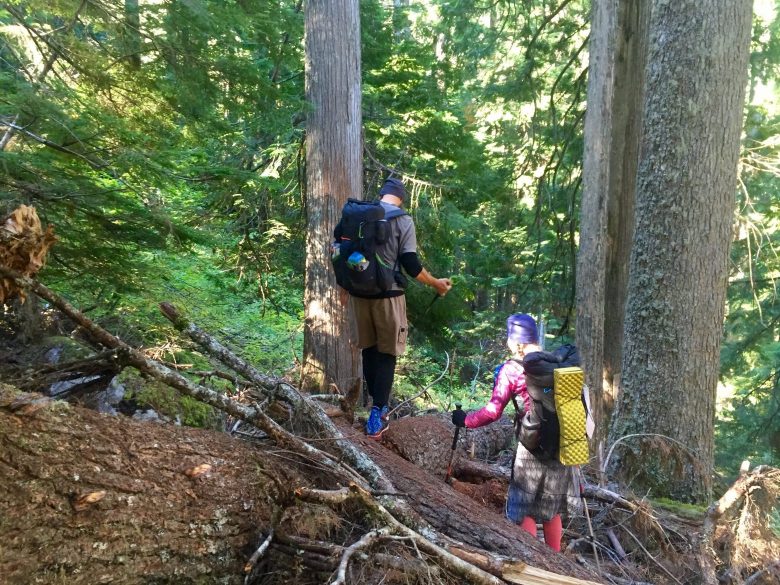 As if by fortunate coincidence, even the crossing of the river at the bottom of the descent had been made possible by two large trees that just so happened to fall in such a way that they formed a natural footbridge above the water. 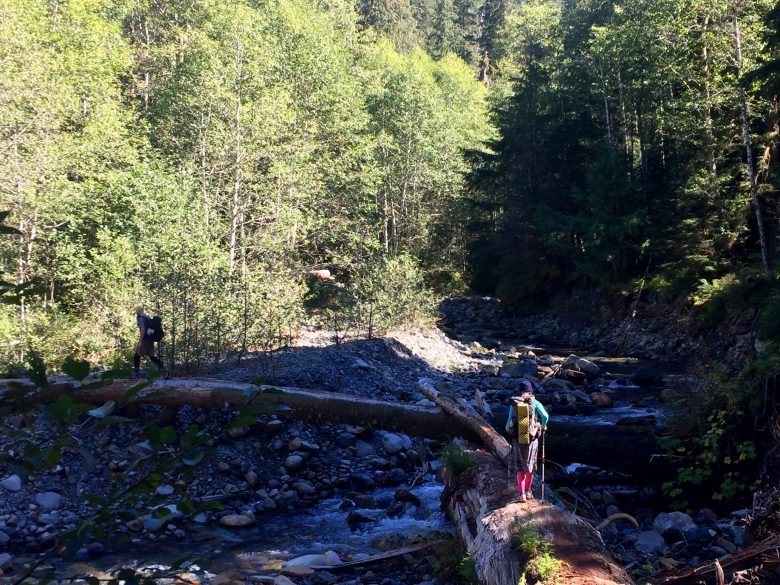 Crossing a river on downed trees

Given the slower progress than normal due to the rougher, less well maintained trail, by the time we reached the hot springs, we opted to take a lunch break and forego a dip in the springs to save time. Back on the trail after lunch, we came across something you certainly don't expect to see every day: a trailside shower. Connected to some sort of warm underground spring, the slightly sulphur-smelling water was piped into a standard shower head that had been attached to the trunk of a tree. A mile or so away from the hot springs, we stared at it in bewilderment. 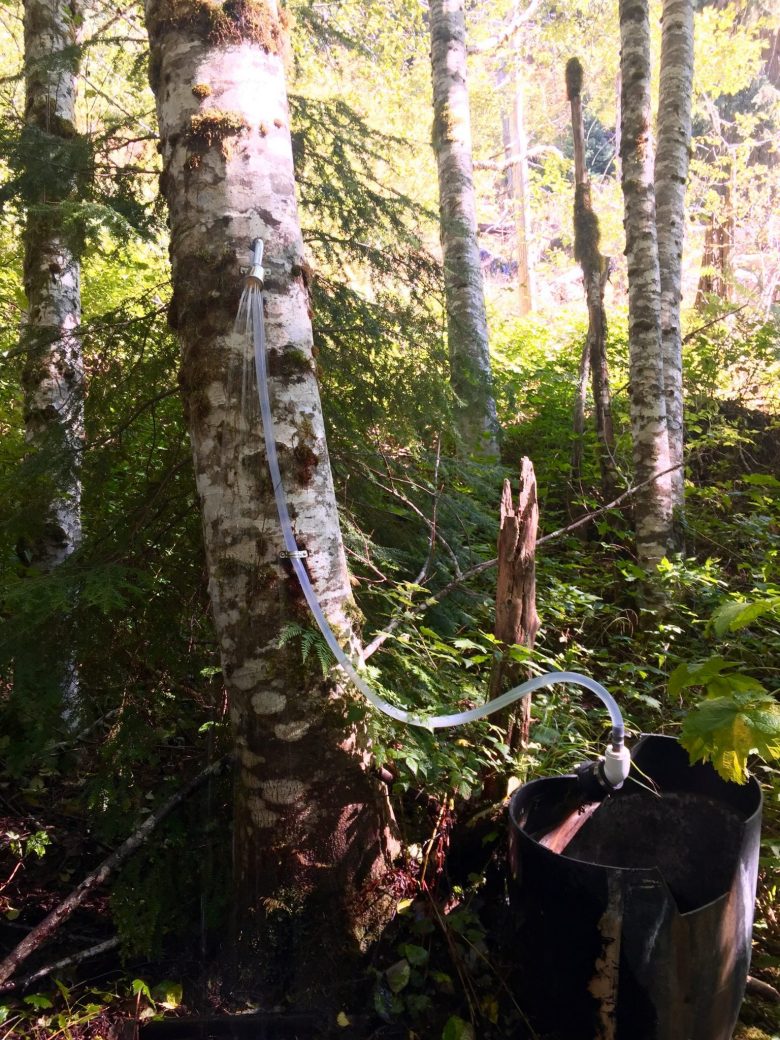 Like the other alternates, there were still signs that dated back to when the PCT followed this original path. There, embedded in the trunk of a cedar tree, for example, was an original trail marker. I wondered how many of these still exist in trees that once were along the route of the PCT but now stand along unused or completely defunct trails that are slowly being reclaimed by nature now that the PCT follows a different path. 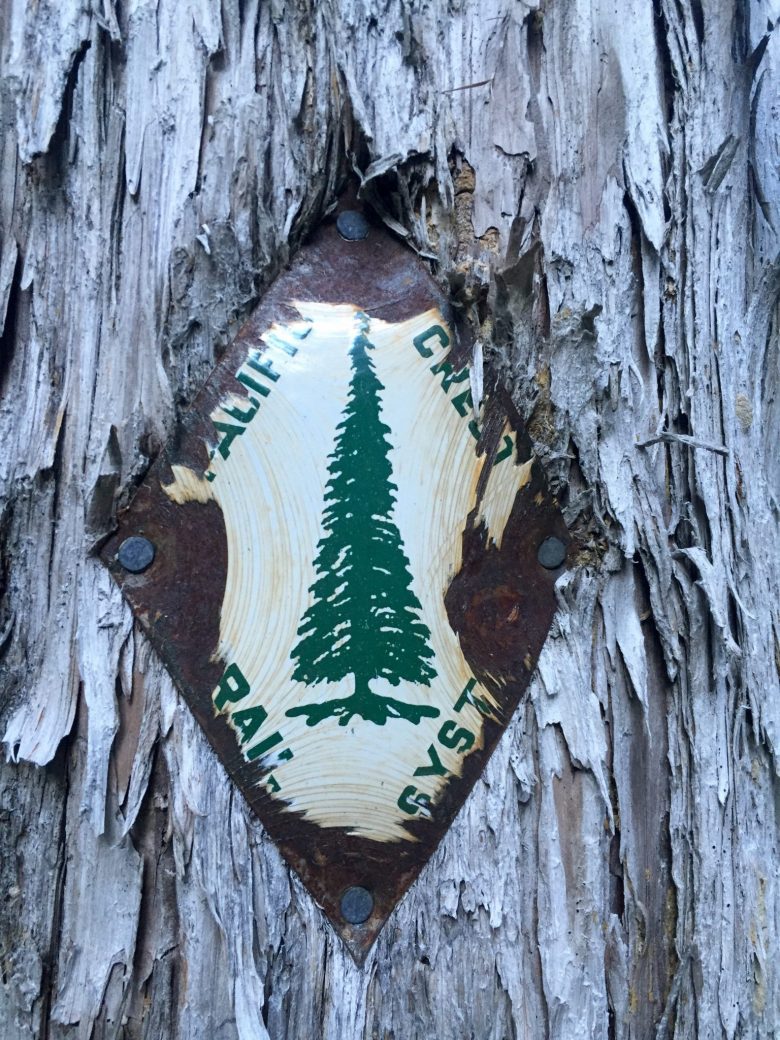 Gazelle finally caught back up with us yesterday while we took our final day off, and our little gang of four was back together once again for the final push to the border. The time continues to fly past and it's all I can do to hold tightly to these final days.