The winds that had whipped up and propelled the clouds that raced by us all afternoon yesterday were gone, their fever pitch signaling the death rattle of the ugly weather that has followed us ever since entering Washington. In their wake was an eerie calm and a starry, though bitterly cold night. At long last, the sun that has been conspicuous in its absence this past week and a half had returned.

Had it not been for the persistent gloom, the stretch of trail that we'd traveled the last several days should have had incredible views of Mt. Rainier. Lording over the surrounding landscape, Rainier stands at 14,410 feet, a mere 100 feet lower than the summit of Mt. Whitney which marks not only the highest point in the continental US but also the southern terminus of the John Muir Trail. Despite being shorter than Mt. Whitney, Rainier's impressiveness is far greater owing to the fact that its prominence above the surrounding peaks is the largest of any mountain in the continental US. Reduced to only a small feature on the left side of the picture below, the pointed rock summit of Little Tahoma is the third highest point in the state of Washington. Only on the shoulder of Rainier would such a peak be so dwarfed. 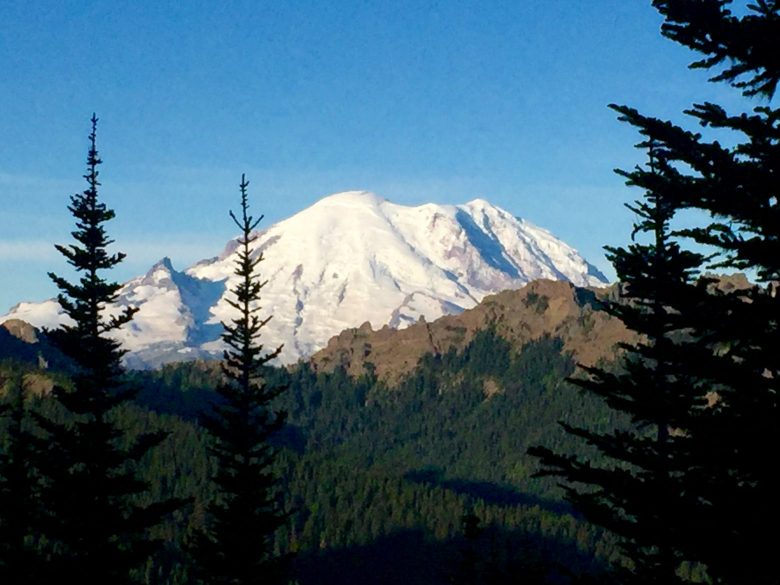 Seeing Rainier always brings back fond memories of my two thru-hikes on the Wonderland Trail that encircles it as well as standing on the summit with my buddy Rob. Though we may have been deprived of her company until today, it was certainly well worth the wait. Instead of the elk, mountain goats, and an endless network of game trails that were yesterday's scenery, today it is sunshine and Mt. Rainier.

To cap things off, Magic Man greeted us at gravel road crossing and offered us soda, snacks, and Krispy Kreme donuts, all at a spot with a beautiful view of the mountain. Between the trail magic and the return of the sun, everyone's spirits had been lifted. 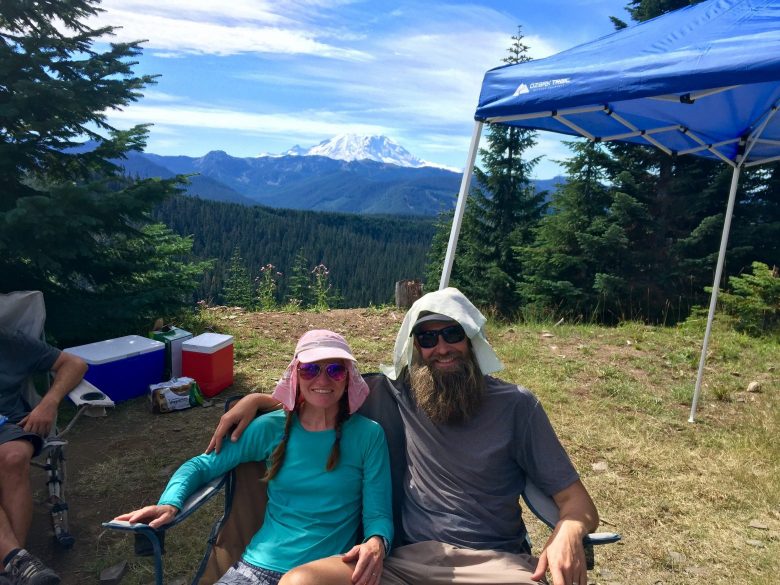