The terrain today was something quite different from anything we'd seen on the trail so far. Like the deep woods of Maine, it was lake after lake after lake of varying sizes all day, with many separated by no more than a tenth of a mile or two. Perhaps not surprisingly, with the advent of so much standing water, swarms of mosquitoes were not far behind. For late summer, it was an unpleasant surprise to be hounded by them still.

Before we reached the never-ending string of lakes, the day began with yet another in what feels like a far more lengthy succession of burn areas. The dead timber resembled the quills of a porcupine, punctuated by bright pink flowers in the empty space between them. It was somewhat surprising to note that we weren't the only large animals moving through such a desolate area--it was easy to see the very large hoof prints of at least one elk that had used the trail overnight. 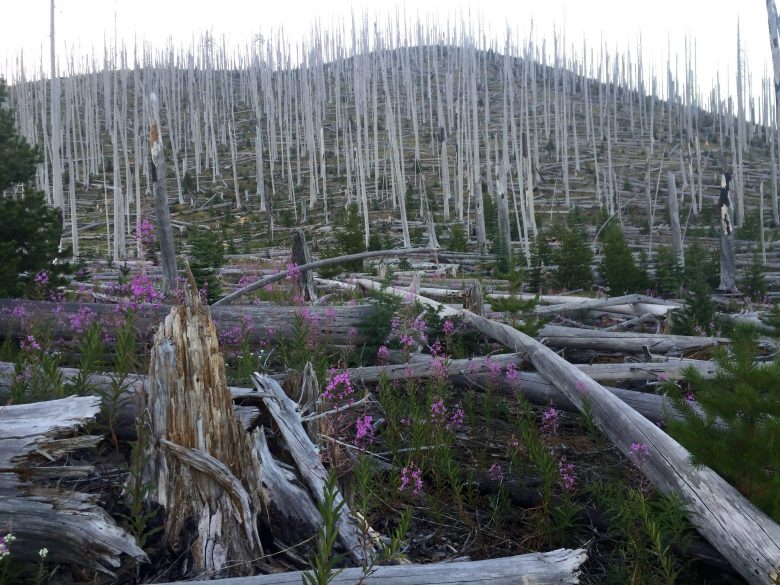 Among the many and varied trail markers we've seen since Mexico, we'd yet to see one of the original trail markers...until today. There it was, having been almost completely swallowed by the bark of a tree. It looked as though some time ago, someone had chipped back the bark to make the marker visible again. 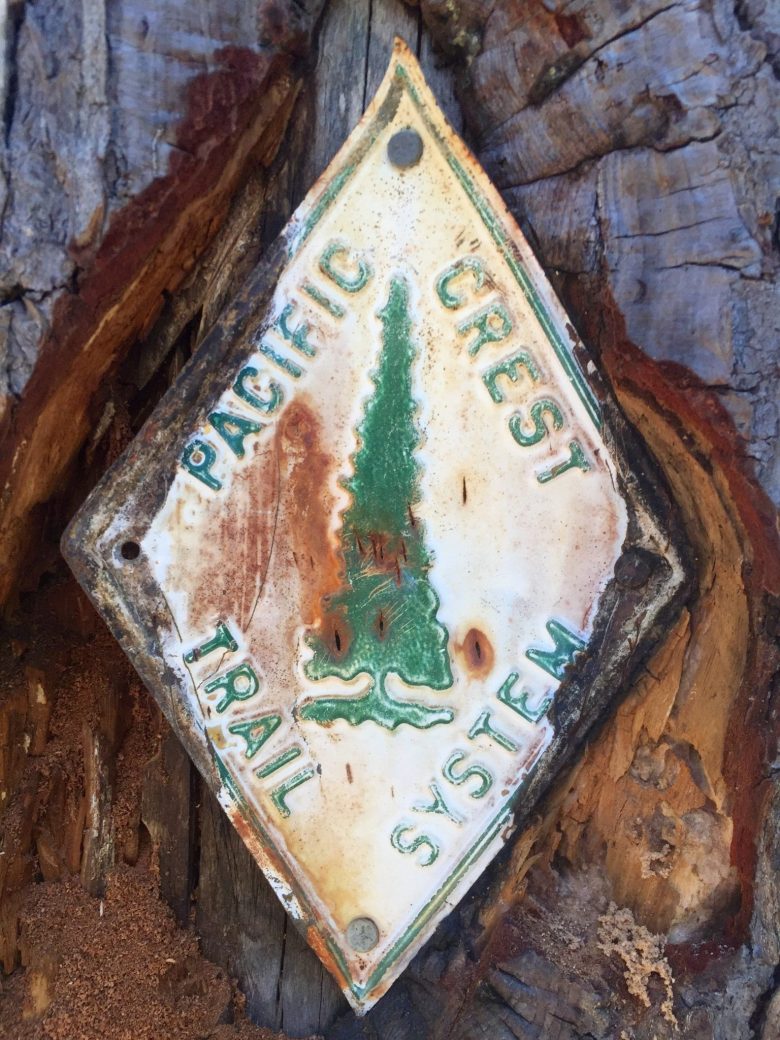 Aside from the many ripe blueberries that lined the trail nearly all day, there was an unexpected perk as I rounded a bend around 6:00pm to see Beardoh, Gazelle, and three other hikers holding cans in their hands. Struggling to figure out where they'd gotten them from, I soon found that one of the hikers sitting there, on this completely un-notable stretch of trail, had thru-hiked the trail last season. He had returned this evening to perform the most unexpected of trail magic gestures: far from any road, he had packed in cold beer, strawberries, and sushi to hand out to hikers as he sat next to the trail. Competent unexpected...and completely delicious.