Out of the trees and into the great wide open. That was the outline of the day as we traversed the heart of the Three Sisters Wilderness. Skirting just to the west of South, Middle, and North Sister mountains, the trail was a front row seat to each of these hulking volcanic peaks. 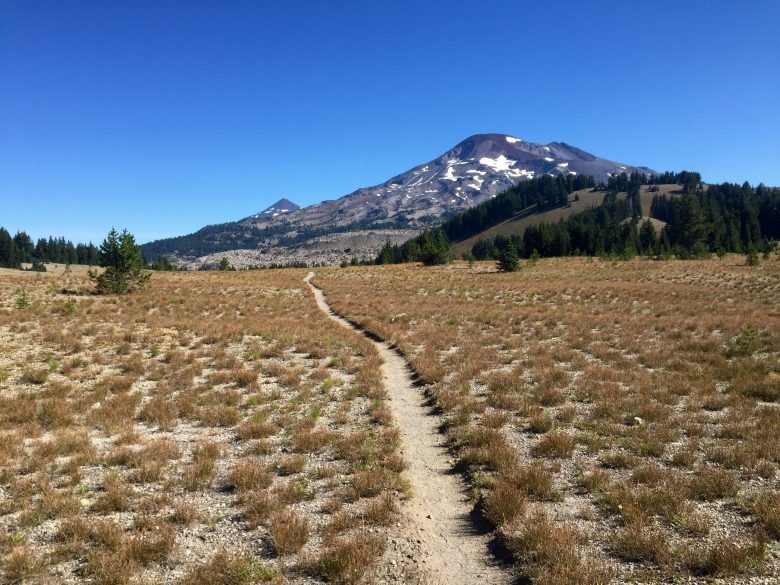 Two of the Three Sisters

First passing South Sister, the trail paralleled the giant wall of a glacial moraine through a broad meadow containing the bare minimum of vegetation. 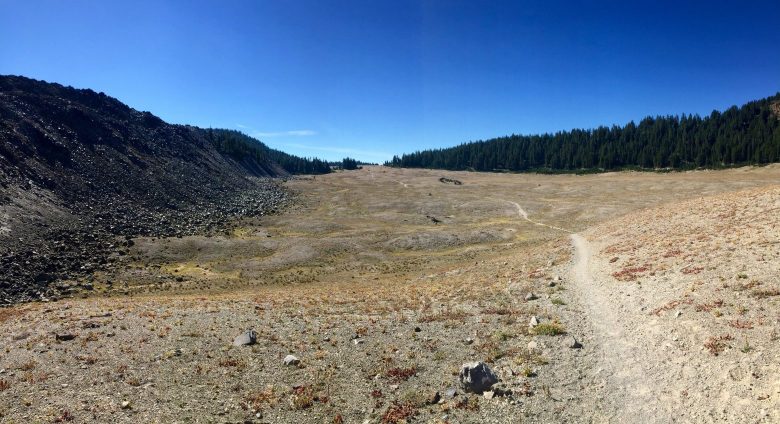 Dipping down to small, beautifully clear streams as we crossed from one drainage to the next, there would be occasional doses of shade interspersed with large gravelly areas that were perfect viewing areas, particularly as we moved beyond South Sister and approached Middle Sister.

Out of a cluster of trees, a ranger appeared and asked to see my thru-hiker permit. It was only the second time anyone had asked to see it, the first time being a mere 24 hours ago as we sat eating lunch. After a brief chat with the ranger, a few more minutes down the trail brought me to Obsidian Falls. The sound of crashing water grew as I approached, as did an abundance of broken shards of obsidian. Perfectly smooth and jet black, the shards reflected the sun in such a way as to make them appear shiny and wet. 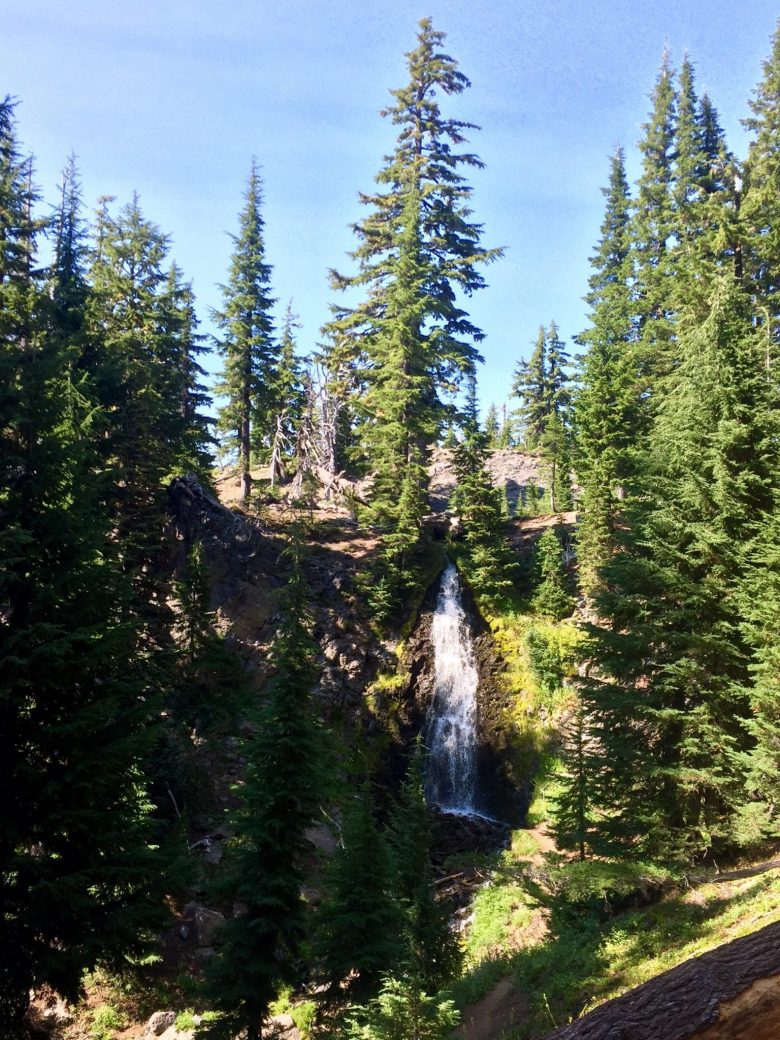 Leaving the falls, whose headwaters were formed by a spring flowing directly out of the mountain only 200 yards upstream, the trail took on quite a different character as we climbed up the lower slopes of North Sister. A mix of red and dark brown lava rock dominated the landscape in every direction. 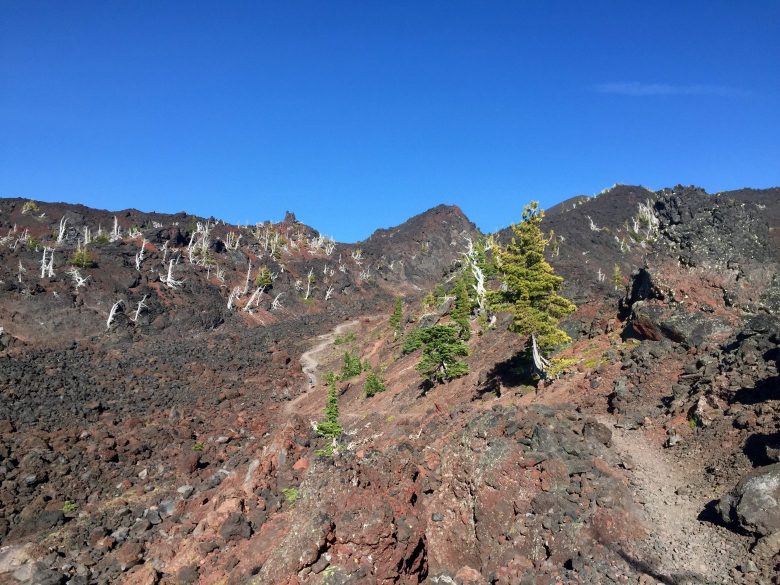 In looking back down to the west, large chunks of obsidian shined like mirrors littered through the fields of rock. 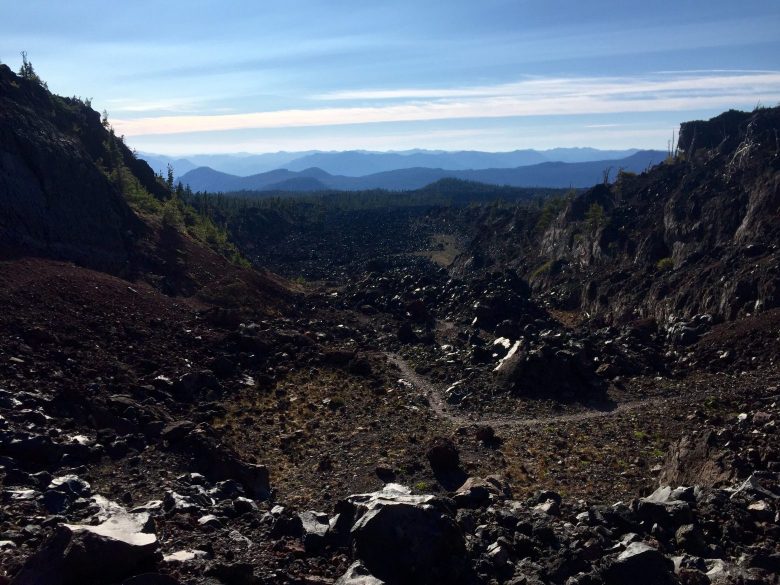 Nothing but lava rock

With little vegetation to speak of and hardly a patch of soil for any plant to take hold, the handful of tree skeletons stood like pieces of artwork against a lifeless black backdrop. 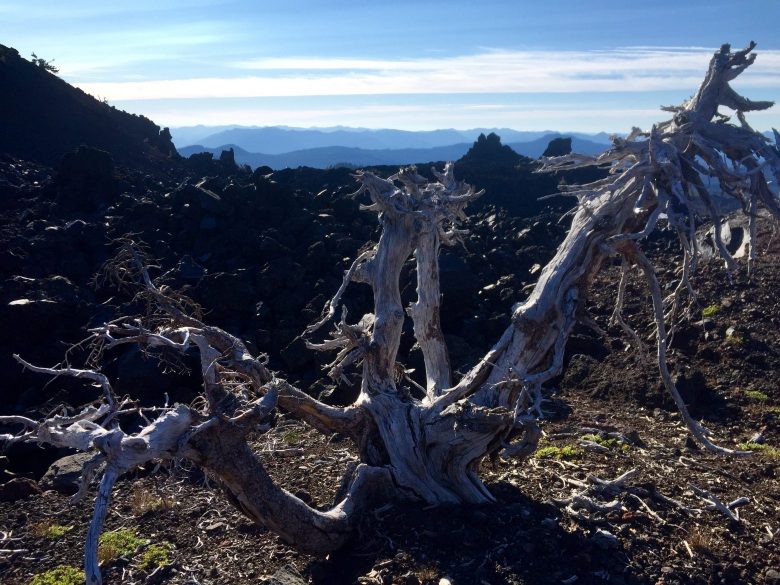 Turning the corner on a small ridgeline, a series of sharp peaks and volcanoes stretched into the horizon. Like runway lights for an airplane, they'll guide our path from here all the way to the border of Canada. 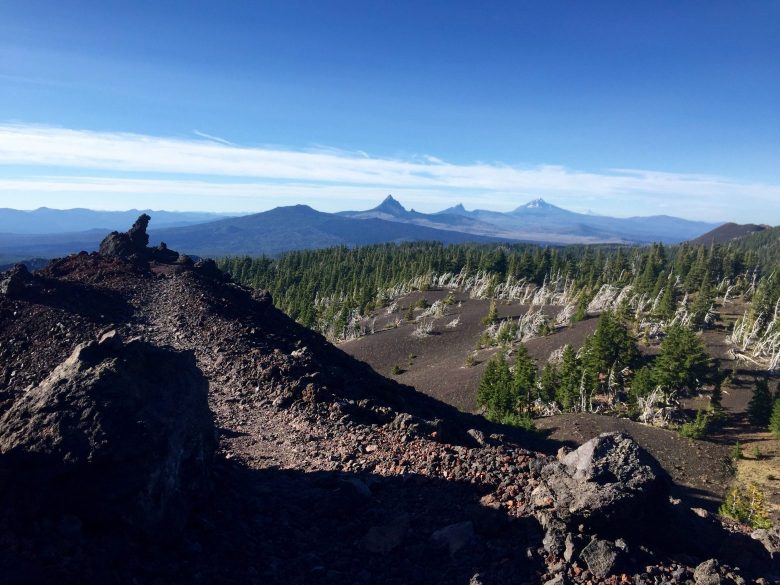 Pointy peaks stretching into the distance

Although we've just become acquainted with it, something tells me we haven't done our last mile through fields of round, wobbly, and abrasive lava rock. 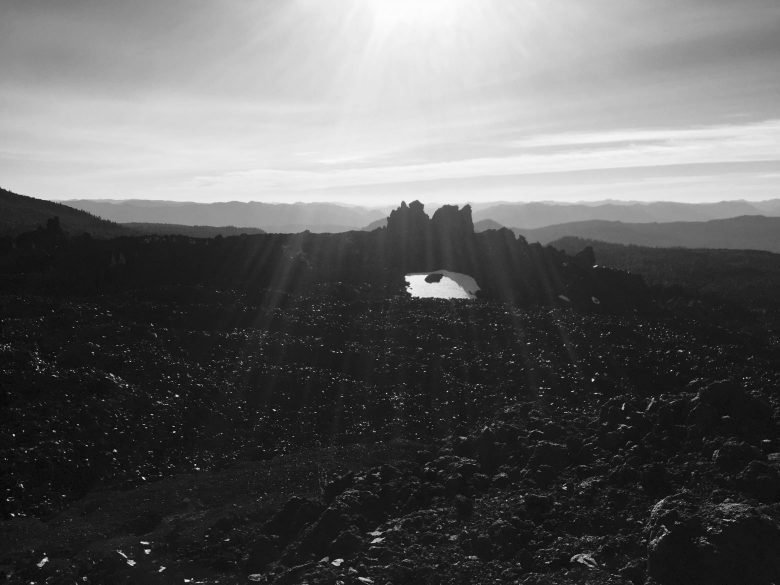