An extremely brief morning of hiking was punctuated by one final surprise just as we reached the highway that would take us into South Lake Tahoe for some much anticipated time off: another sighting of Coppertone and his van of trail magic. Setup in a nearby stand of trees was his usual arrangement of camp chairs surrounding a small table. Of the five places Coppertone has been for trail magic, this is the fourth time I've been there for it and there's something comforting about seeing a familiar face as we make our way further north. Of course, having him make us root beer floats for breakfast wasn't so bad either.

The rest of the day was filled with the usual errands as I tried to get as much done as possible before driving to Reno to pickup Emily from the airport. I don't recall being more excited to see her and that alone kept me cracking the whip on myself to get things done even though all I wanted to do was eat and rest.

Our time together--a mere 36 hours--was, of course, far too short but even a week or two would have left me longing for more. Spending the day together and catching each other up was a breath of fresh air. Despite our similarities, it's her counterpoint that is most inspiring, her energetic free-spiritedness pulling me away from my all-too-often natural caution and risk aversion. Combined with the life of my Dad that was cut far too short, it's she that reminds me to live life now and to put dreams like the PCT on the front burner rather than the back. 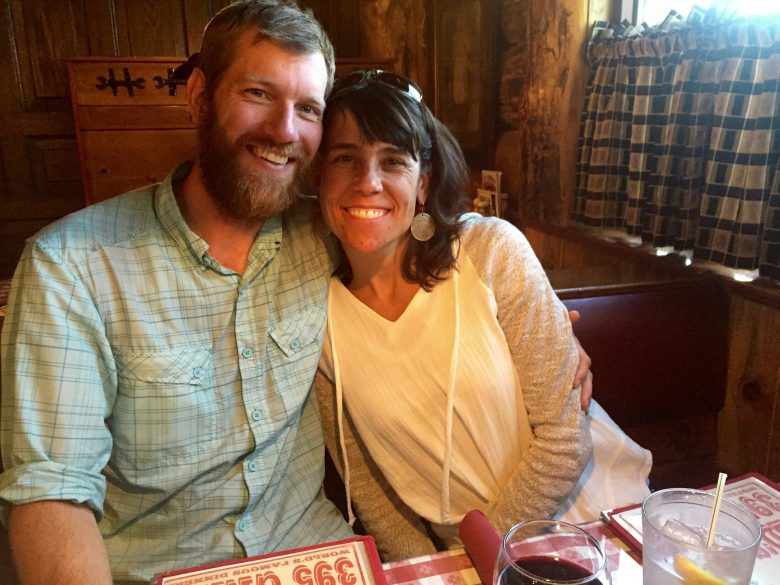 After one zero spent with my best friend, my second zero was dedicated to the remaining chores that invariably fill the time on days off while also trying to relax as much as possible in the house that I'd rented with Beardoh, Sweet Pea, Proton, Dreamcatcher, Lid, Gazelle, and XC. Although the time here has been wonderful, it also appears to be the final days with our group fully intact. Yesterday evening, Gazelle left to meet her family in Las Vegas for four days and this morning XC and Lid went back to the trail, hoping to crank up the mileage in an ambitious effort to reach Canada by the end of August. Tomorrow, the rest of us will leave South Lake Tahoe and with different schedules in mind it looks as though the group may splinter further still. As I lay down for one final night in a bed, I'm left with a feeling of sadness that my time with this wonderful group of people is likely coming to an end. Though I'm hopeful that some of us may see each other up the trail sooner or later, when that may be is anyone's guess.