The town of Seiad Valley hardly qualifies as a town at all, complete with its population of 350 and comprised only of a cafe, store, post office, and RV park that occupy consecutive lots. Aside from hosting a pancake challenge--anyone who eats 5 pounds of pancakes, gets them for free--its real claim to "fame" is that it lies at the center of a region straddling Northern California and Southern Oregon that has waged a long campaign to secede from their respective states and form a state of their own: the State of Jefferson. 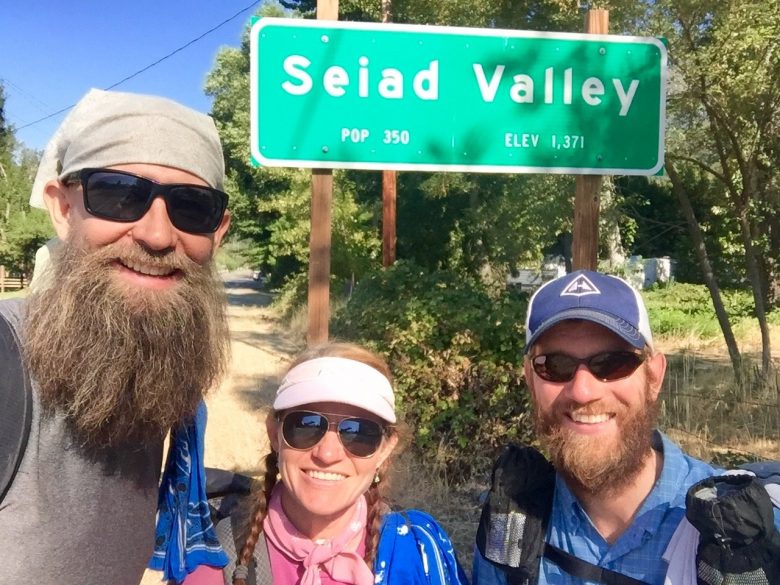 What little I know of this campaign can be summed up in two sentences: one, the logo of the State of Jefferson is the double-X; and two, the movement is apparently an attempt to bring to fruition a vision of Thomas Jefferson that there be a "Republic of the Pacific." Despite the rural charm of the cafe, prosperity has clearly not embraced the town. 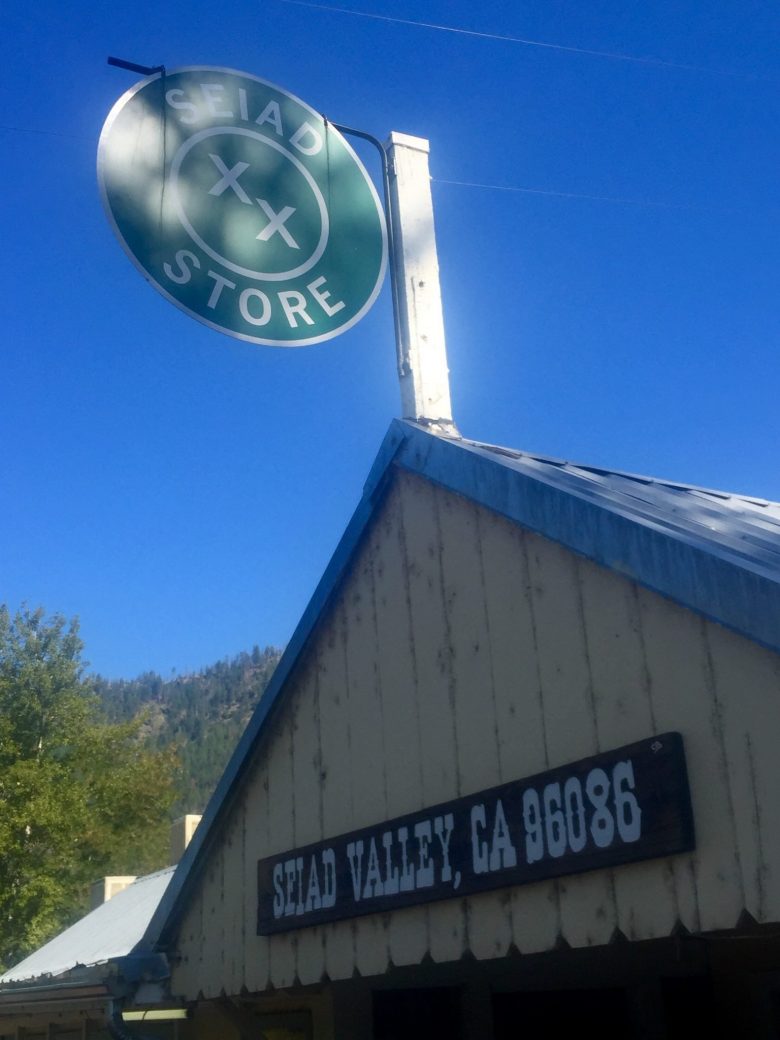 Seiad Store deep in the State of Jefferson

As we followed the road along the Klamath River into town this morning, and at some unmarked spot, the number of miles remaining between there and the Canadian border slipped below 1,000 miles. Even I'm unsure as to why, but this somehow seemed significant.

Two meals later, we set off down the pavement for the start of a 4,500-foot climb that would take us from this hot river valley back up onto the crest. Midway up, we settled into camp on a narrow saddle with beautiful views of the sunset as it began to silhouette the mountains far in the distance. The remainder of the climb will be breakfast on the last full day in California.

Speaking of breakfast, remember that bit about the pancake challenge? Unbelievably, someone actually did finish all of them last week. It was the first time anyone had done so in 4 years, and the first thru-hiker to have finished them in 8 years. Hungry?