Today marks two weeks on the trail and even so early in the trip it's hard to wrap my mind around all the beautiful sights I've seen and all the wonderful people I've met. Other than the storm north of Mt. Laguna, today also marked the return of something that I'd seldom seen these first two weeks: clouds. Little white puffy ones. Bob Ross, the artist from PBS days of yore would have called them "little happy clouds." Even moments of their shade were a welcome change.

Since reaching Big Bear Lake, I've also begun to see some staggeringly large pine cones. I grabbed this one while taking a break next to the trail and it was by no means the largest I've seen. Its size and spininess remind me ever so slightly of a pineapple, without the tastiness.

The trail mostly slithered its way from one wash to another as it followed the course of Deep Creek much of the day, eventually reaching Deep Creek Hot Springs. The hot springs are a very popular destination for overnight trips and so it wasn't surprising to find quite an array of tents and people milling around, despite regulations prohibiting camping for a mile in any direction. Suffice it to say, the area was fairly well littered and unappetizing for a soak with the amount of traffic it sees.

Just before the hot springs, Proton and I said a temporary goodbye to XC and Gazelle, both of whom wanted to stop early and hit the hot springs for sunrise tomorrow, when crowds should hopefully be at their lowest. We plan to reconnect with them by day's end tomorrow. 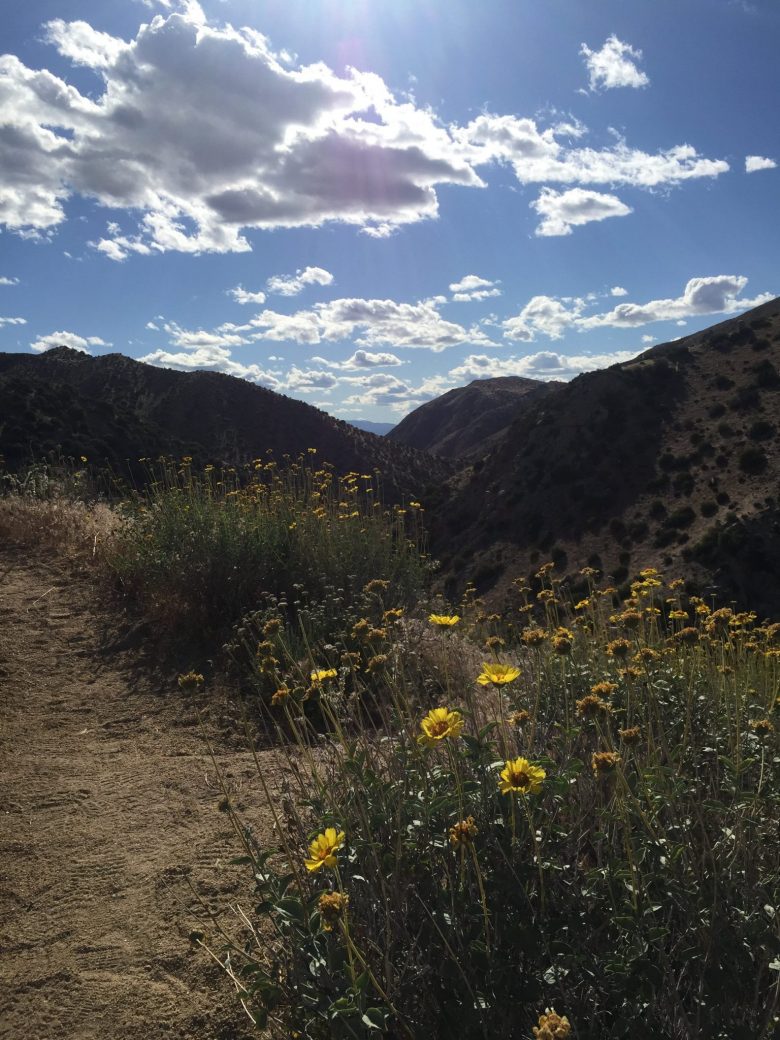 I've run into a number of other former AT thru-hikers so far, but nearly all of them hiked it in the past 2 years and no one I've met has done it prior to 2009. Having done my hike in 2004, it makes me feel just a wee bit older than I actually am. I've also been surprised at the volume of hikers out here--certainly more than I saw in my first two weeks on the AT, and something I did not expect.

Proton and I are camped on a beach along the bank of Deep Creek for the night. Just another day on the trail.