Just when memories of the searing heat and long waterless stretches of the desert had drifted deep into the recesses of my mind, it all came abruptly flooding back...but I'll come back to that.

Only 7 miles into the day, we rolled into JJ's Cafe, a little place along a two-lane highway near the trail with only a gas station next store. Without these two establishments, or perhaps even with them, this little stretch of highway could rightfully be considered the middle of nowhere, but no matter to us--there was eating to be done.

Two meals and several hours later, we could delay the inevitable no longer. A stretch of trail along the Hat Creek Rim, known as much for its heat, lack of shade, and 29-mile waterless stretch as it is for its stunning views of Mt. Lassen and Mt. Shasta, was on the afternoon menu. On our way back to the trail, we took one last opportunity to cool off with a short detour down into Subway cave, a short lava tube that serves as a local attraction. 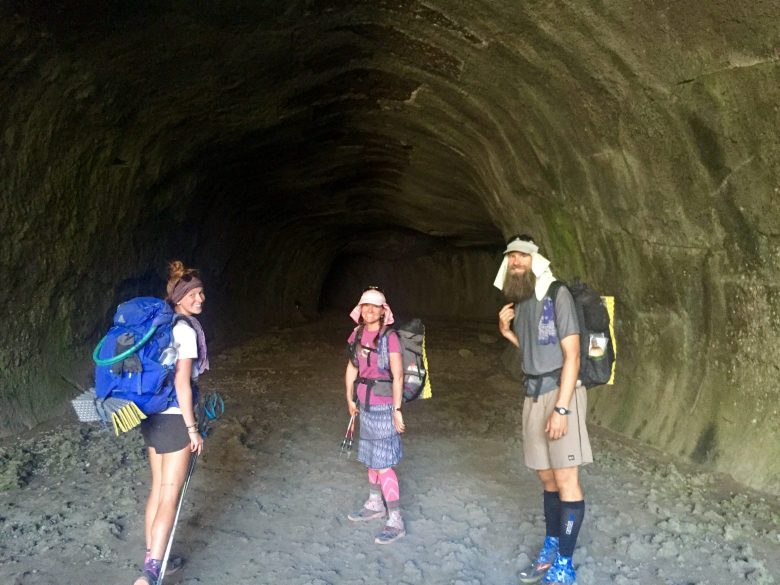 Climbing up onto Hat Creek Rim, with its open terrain swept clean by wildfire, afforded spectacular views back to Mt. Lassen as it gradually slipped further to the south. 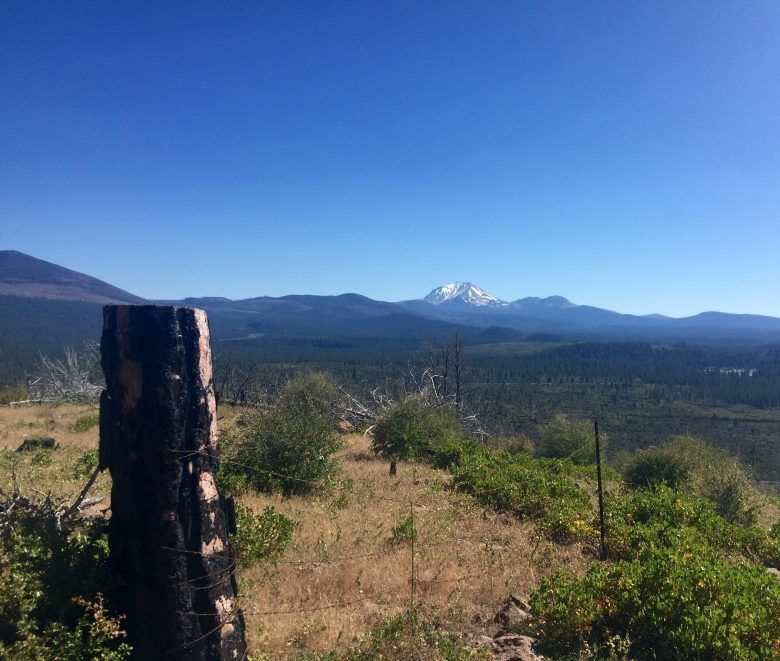 Fire has shaped the landscape not only of the rim plateau, but of the broad valley below through which Hat Creek flows, as well as the hillsides across it. For miles, the devastation is unmistakable. What is also clear is that with Mt. Lassen, we've begun to transition into the Cascade Range marked by a long string of massive volcanoes, the next of which--Mt. Shasta--can be seen far up the valley to the north.

Though the temperature was only in the low 90s, the angle of the setting sun meant that for hours its rays were being cast directly into our faces. Not quite as hot as the Mojave perhaps, but enough for my face to feel like I had just stuck it in a microwave. We even huddled in the shade of an oversized bush, bringing back the memories of daily siesta through those first 700 miles. Tomorrow, it's one big push to the next water and hopefully back into the shade.