Daily dispatches and photos from climbs of the Adirondack 46ers, the 46 highest peaks of New York State’s Adirondack Mountains. 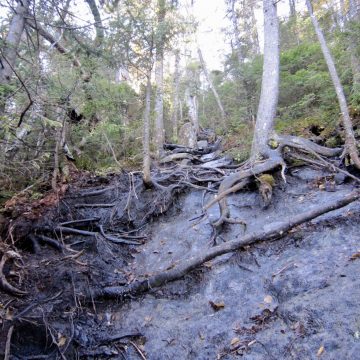 Nearly one year ago, I arrived at an unassuming stripe of cleared forest that would never have been identifiable as an international border had it not been for the small silver obelisk marking precisely that. A few feet away, a collection of square wooden posts also declared this the end of a Pacific Crest Trail adventure that had begun 2,650 miles and…

END_OF_DOCUMENT_TOKEN_TO_BE_REPLACED 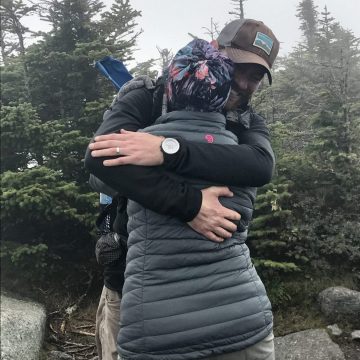 Sleep has never come easily to me. Years after the Appalachian Trail I’d still occasionally turn over in the middle of the night and reach bleary-eyed for the headphones on my nightstand to plug them in and listen to one of the few sounds that would bring an end to my rising anxiety if not to my sleeplessness: rain on a tent.

END_OF_DOCUMENT_TOKEN_TO_BE_REPLACED 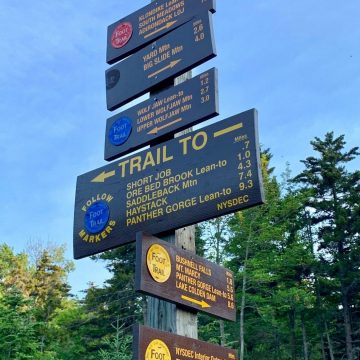 I wasn’t always this soft. Age and a career in front of a computer has a way of doing that, slowly obscuring who we really are underneath. Some people go to church to be renewed. I come here.

END_OF_DOCUMENT_TOKEN_TO_BE_REPLACED 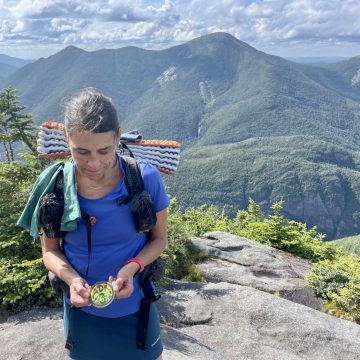 I did it. I completed my 46ers while 46. To understand the significance of that, just ask my dear friend KathiJo.

END_OF_DOCUMENT_TOKEN_TO_BE_REPLACED

When I’m not on the trail chronicling my adventures for Stone and Sky, I’m a freelance writer, public speaker, and consultant for aspiring adventurers.

Learn more about me →

Skills may be weightless, but down feathers are the next closest thing. Here’s a look at what’s currently in my pack.

Take me to the gear →