As recently as 8 days ago, today would never have happened. With yet another wildfire burning along the PCT, the trail was closed for several days where it travels through the western portion of Crater Lake National Park. Though the official PCT gets not a single glimpse of Crater Lake itself, inexplicably routing through lower forests, an extremely popular alternate which has become the de facto PCT diverges from the official trail and follows the west rim of the crater above the lake for 11 miles. Not only does this alternate contain some of the most breathtaking views of the entire trail, but it is such a popular alternative to the official trail that there are actually PCT markers along it.

I couldn't wait to get my first view of the lake early this morning, and it certainly did not disappoint. Like a giant mirror made of liquid sapphire, it's one of the most beautiful sights I've ever seen and characterized by a color I don't think I've ever seen in nature. Without a breath of wind, it perfectly reflected the wispy clouds high above, its surface broken only by Wizard Island.

Crater Lake was formed over 7000 years ago when 12,000-foot Mt. Mazama erupted and collapsed to form a caldera. Without inlets or outlets of any kind, the lake is one of the cleanest in the world and is filled completely through snow and rainfall. With a depth of over 1900 feet, it is the deepest lake in the United States.

Along the south rim of the crater stands the Crater Lake Lodge, an historic inn of the National Park system. Built in 1915 and completely renovated over a 5-year period from 1989 to 1994, it is a stunning complement to the drama of the lake that it looks directly down upon from its perch on the rim. Not wanting to miss out on anything the lodge had to offer before hitting the trail for the rest of the day, the four of us sat down to an amazing breakfast before rocking in chairs outside while gazing down at the beauty of the lake. It's a place I would travel back to in a heartbeat and enjoy with Emily all over again. 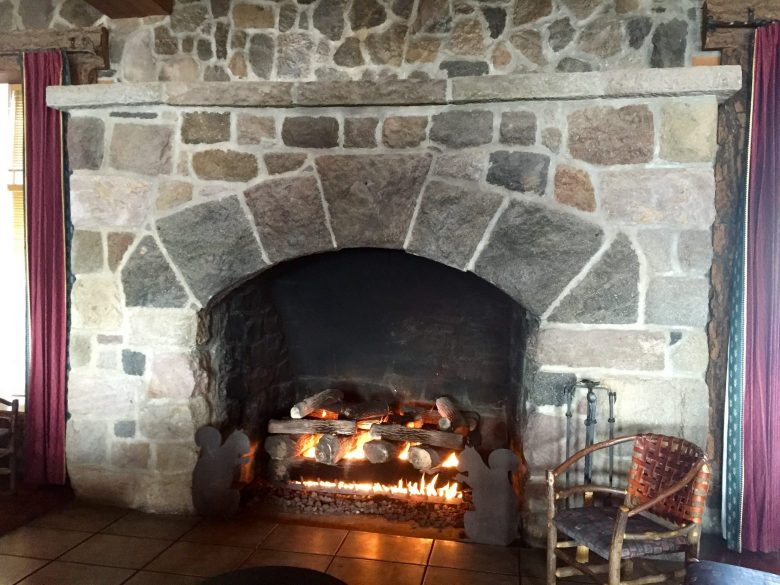 Not unlike the small portion of the PCT that diverges from the John Muir Trail and subsequently misses out on some of the High Sierra's most incredible miles, the Rim Trail alternate along the west rim of Crater Lake is jaw dropping. Breathtaking. Awe inspiring. Pick whichever you prefer--it's easy to burn through superlatives here. Quite simply, it's mile upon mile of trail with a front row seat to one of the country's crown jewels. 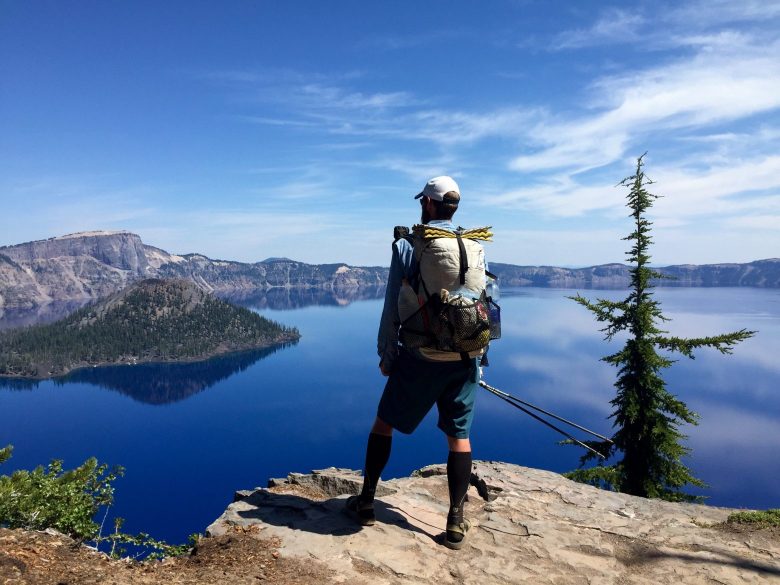 Walking along the rim of the crater, to our right the blue of the lake only became more profound in its color as the sun traversed the sky and illuminated it from different angles. Right along the shoreline, deep shades of emerald and aquamarine form a narrow band in the shallows that extended only a few yards out where, transformed by its plunging depth, the water takes on its trademark blue brilliance.

To our left, thin tendrils of smoke continued to issue forth from various points in the forest below that were still smoldering from the now extinguished wildfire. I can't even imagine the disappointment of coming this far only to be denied of the experience of this lake, and yet this was precisely the misfortune of many thru-hikers only a little more than a week ago. In appreciation of being able to witness this place, the best and only thing to do is simply open your eyes and enjoy the view...