The day after such an amazing highlight like Crater Lake can easily feel empty, a letdown. Though there may not have been anything quite as stunning as the day prior, the first 10 miles of the day had us rounding Mt. Thielsen, a dramatically sharp peak whose uppermost reaches conjured up the image of a miniature Matterhorn. The morning light came streaming over the shoulder of the mountain, creating a sort of pseudo-silhouette effect. 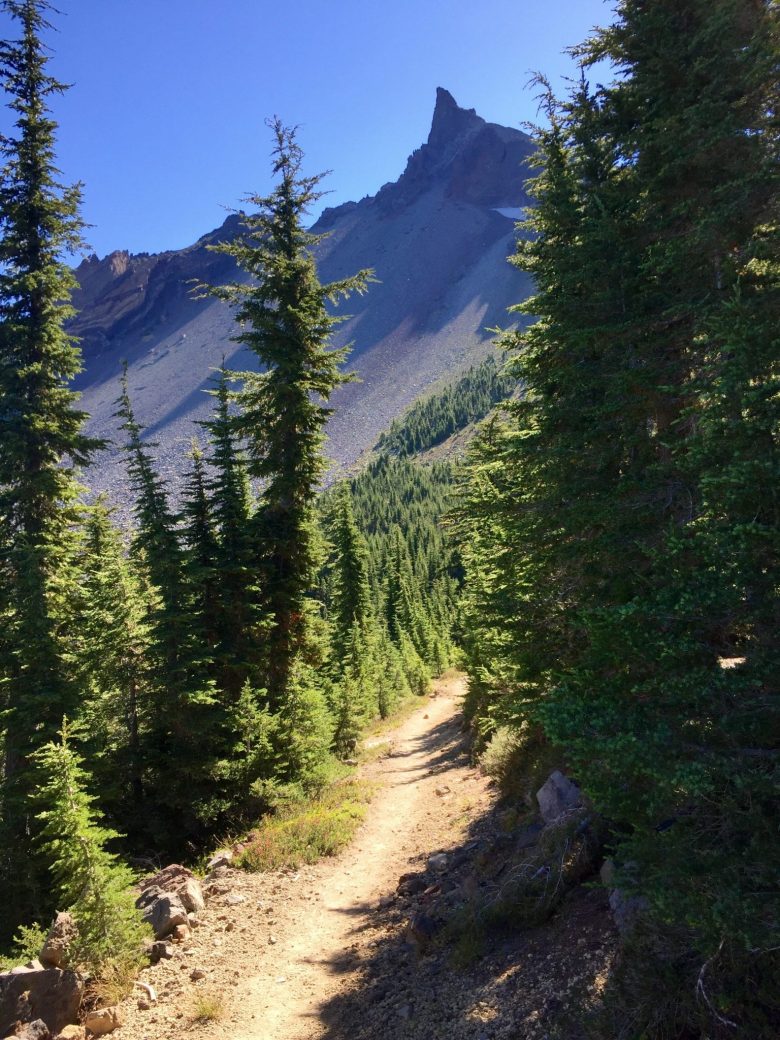 Aside from its appearance, Mt. Thielsen was an important landmark from a practical perspective since its snowy north slope provides the runoff for Thielsen Creek, the first water in the last 26 miles. Every time we think we're done with long water carries, another one seems to rear its ugly head. 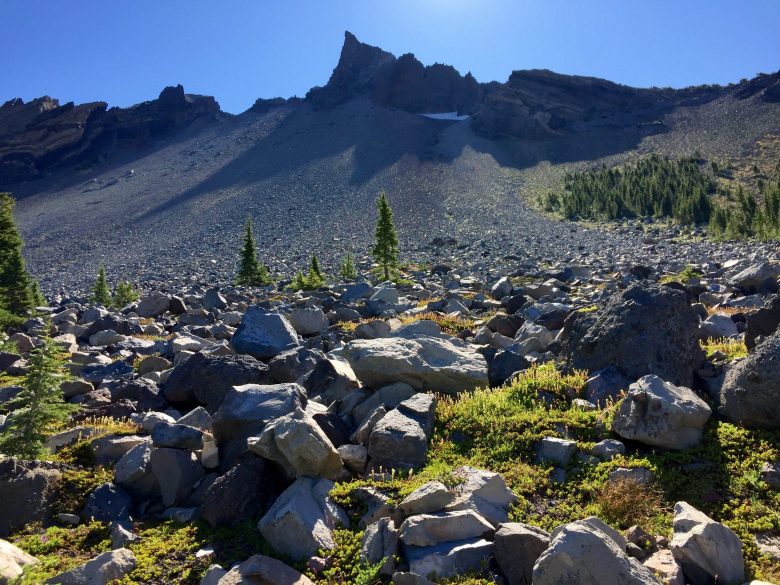 Over the past week, we've begun to see a number of southbound thru-hikers on the trail. Limited by the lingering snowpack in the North Cascades of Washington, southbound hikers tend to start in late June or July when the trail is still largely snowbound in many years though the weather is generally warmer and more favorable.

Following the morning views of Mt. Thielsen, the trail returned to its usual Oregon ways--very pleasant grades rolling along forested slopes--until we passed a humble sign announcing that we now stood at the highest point of the PCT in either Oregon or Washington. Given the high mountains yet to come in Washington, I was surprised to learn that Oregon had a higher maximum elevation, and I wasn't alone in my surprise. At such a nondescript saddle, it was hard to believe that this--7,573 feet--was as high as the trail would go between here and the border of Canada. 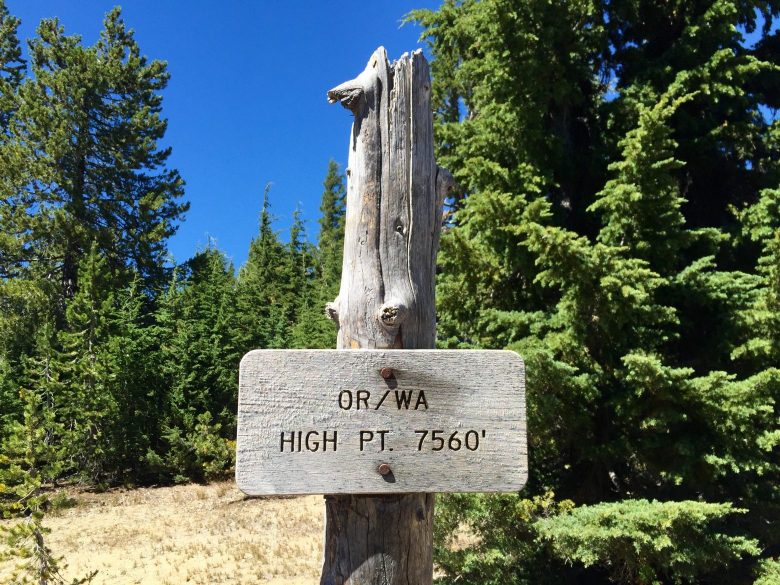 Highest point in Oregon or Washington