The elevation profile looked particularly benign today, so when we set off this morning it looked to be a fairly comfortable day. But by the time we reached a road crossing little more than four miles into the day, we sat by the side of the road contemplating what to do. Beardoh had been struggling with worsening indigestion, stomach cramps, and fatigue the entire week and he woke this morning feeling decidedly worse. The decision was whether to try and get a ride into town and a doctor's office from one of the day hikers we'd met at the trailhead parking lot moments before. After hemming and hawing over the decision to leave the trail, he and Sweet Pea decided it'd be best to try and get to the bottom of what's been ailing him sooner rather than later and at a minimum to take a couple more days hopefully to rest and recover.

Saying goodbye to my friends after agreeing to meet them in town in a few days, I set off with the hopes of trying to put in a few longer days to reach the town of Etna a day earlier than expected. Gazelle was now ahead of us as well, continuing on yesterday evening as she planned to get off trail to meet a friend in another week. All going well, we'd all sync back up together in a week or two.

Initially, it was strange to be going solo after having hiked so many miles with good friends on this trail, but I quickly fell back into the unique rhythms of hiking alone. With gently rolling trail, it seemed reasonable to do 30 miles despite having gone less than 5 by the time I left Beardoh and Sweet Pea a little after 10am.

In the early afternoon when I reached another trailhead parking lot, I saw yet again the familiar blue plate announcing that Coppertone was here! For the seventh time, I was treated to a chair in the shade, a root beer float, and some conversation with the trail angel that keeps on giving. Every time I see him I wonder if it will be for the last time.

The heat wave finally began to break, and the added comfort of being at higher elevations with a slight breeze meant that conditions were considerably more favorable than they'd been for the past week. 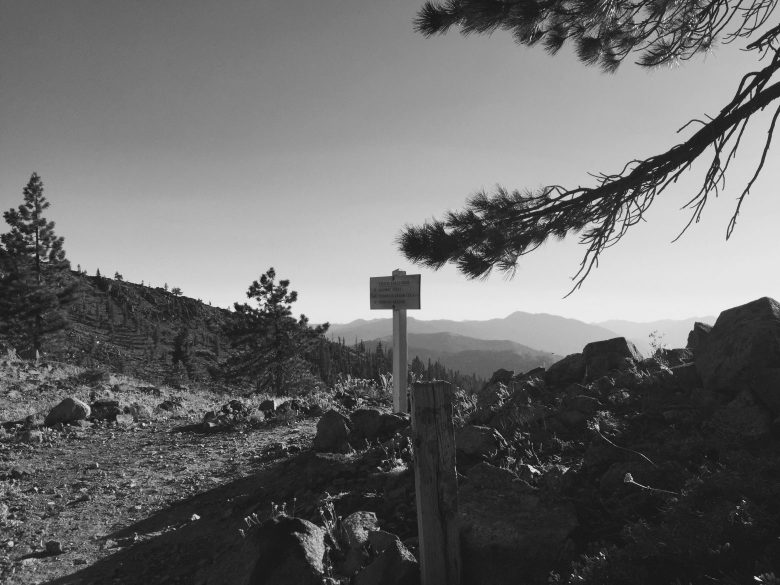 An hour before dusk, I looked up to see a doe and a tiny spotted fawn galloping down the trail towards me until they finally noticed my presence, stopped in their tracks, and abruptly did an about-face before the doe raced back up the trail with the little fawn in tow. 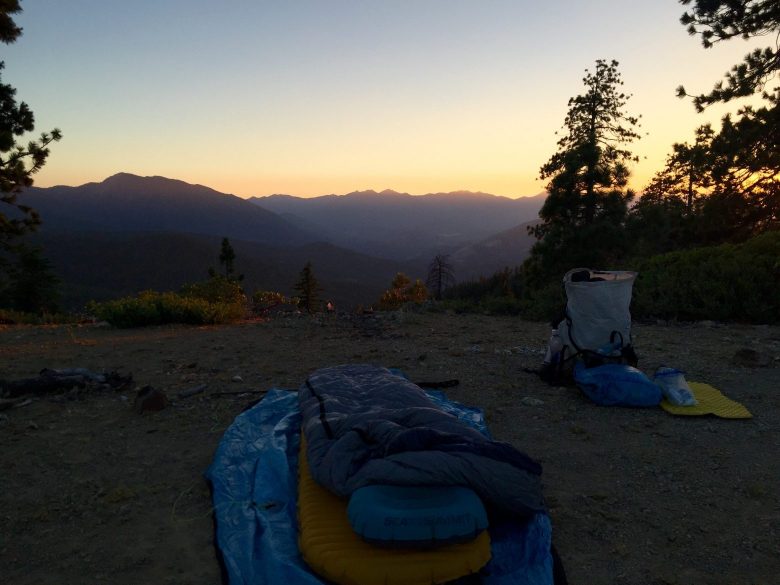 As dusk began to approach, I traversed along the edge of a large basin to an obvious saddle that looked like a great spot to end what had been a long, but really enjoyable day. When I rounded the final bend, there was Gazelle finishing dinner and getting ready to camp under the stars. Minutes later, Van Gogh and Jet Fighter arrived to join us and take in a beautiful sunset over the distant peaks before the deepening colors gave way to a sea of stars. 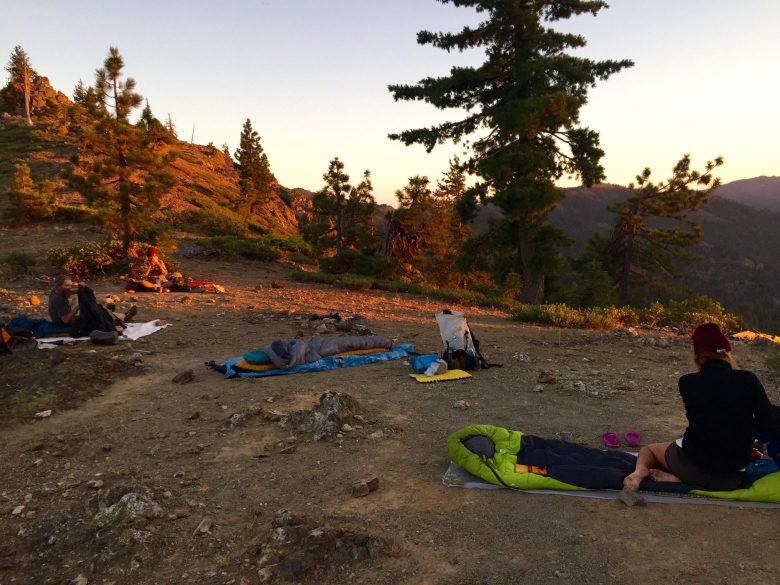