"I only went out for a walk and finally concluded to stay out till sundown, for going out, I found, was really going in."
--John Muir

Tearing yourself away from the creature comforts of air conditioning and a bed can be pretty tough when the forecast is for over 100 degrees outside, yet there we were strolling through the empty, quiet streets of Mt. Shasta just after 6am, heading for the I-5 onramp. With little traffic in the early hours of a Saturday, our prospects for getting a ride and getting on the trail early enough to beat the heat were dwindling by the minute. You'd think the nice sign Sweet Pea had made would have upped our chances... 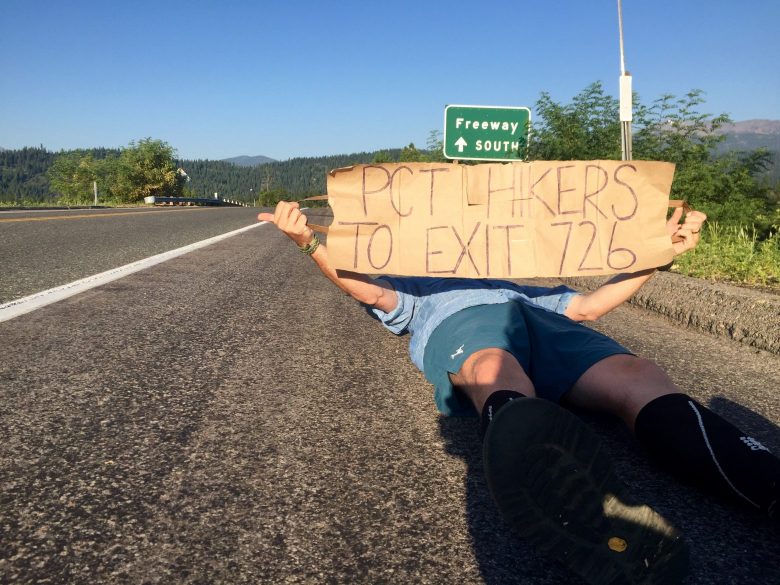 After an hour or so, a man driving the opposite direction turned around and pulled over to give us a ride back to the trail and off we went. Only a mile in from the interstate, we passed yet another milestone, crossing 1,500 miles, and it struck me that the milestones seem to be coming fast and furious lately as our daily mileage begins to creep up bit by bit. 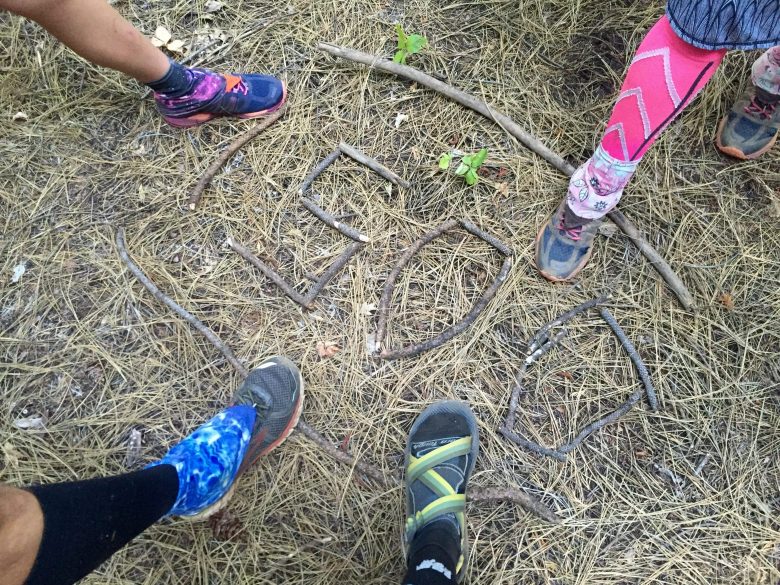 Though it made Gazelle, our token Canadian, happy, the signage throughout Castle Crags State Park was all suddenly and strangely in kilometers. Judging from the scribblings in black marker on one sign, it was clear that other hikers had found this equally amusing. 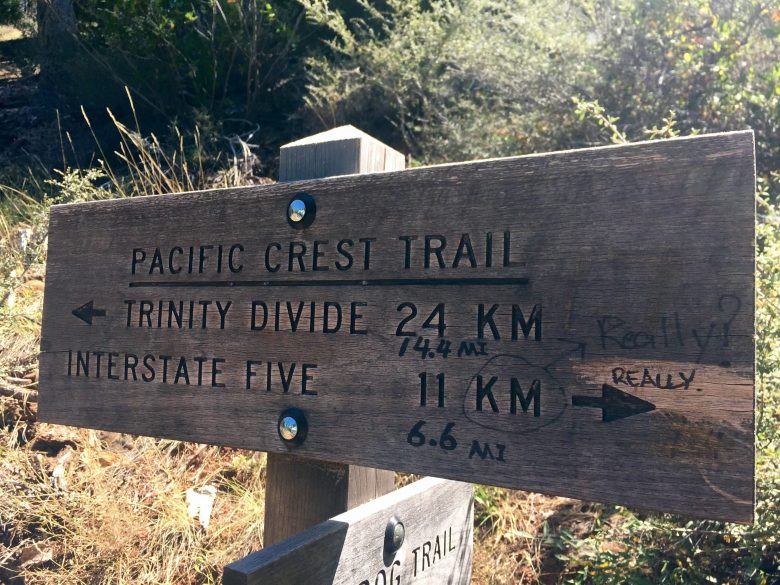 With the intense heat of the sun now in full effect, the trail ascended over 4,000 feet from the interstate back up into the high country, forcing us each deep into the proverbial pain cave. Beginning several days ago, the trail has also continued on an oddly western arc, making an abrupt left hand turn just before reaching the Oregon border, where it swings back to the east and resumes its usual northerly course.

Late in the afternoon, after sweeping views once more of Mt. Shasta and Castle Crags, I found myself in a thickly wooded and serene grove of incredibly tall trees. Standing like sentries with the late-day sunlight barely filtering through their canopies, it was like walking through a silent cathedral. Greater than any built by the hand of man, this cathedral was also free from trinkets, dogma, stricture, and repression. Nothing to worship but the beauty of the natural world. 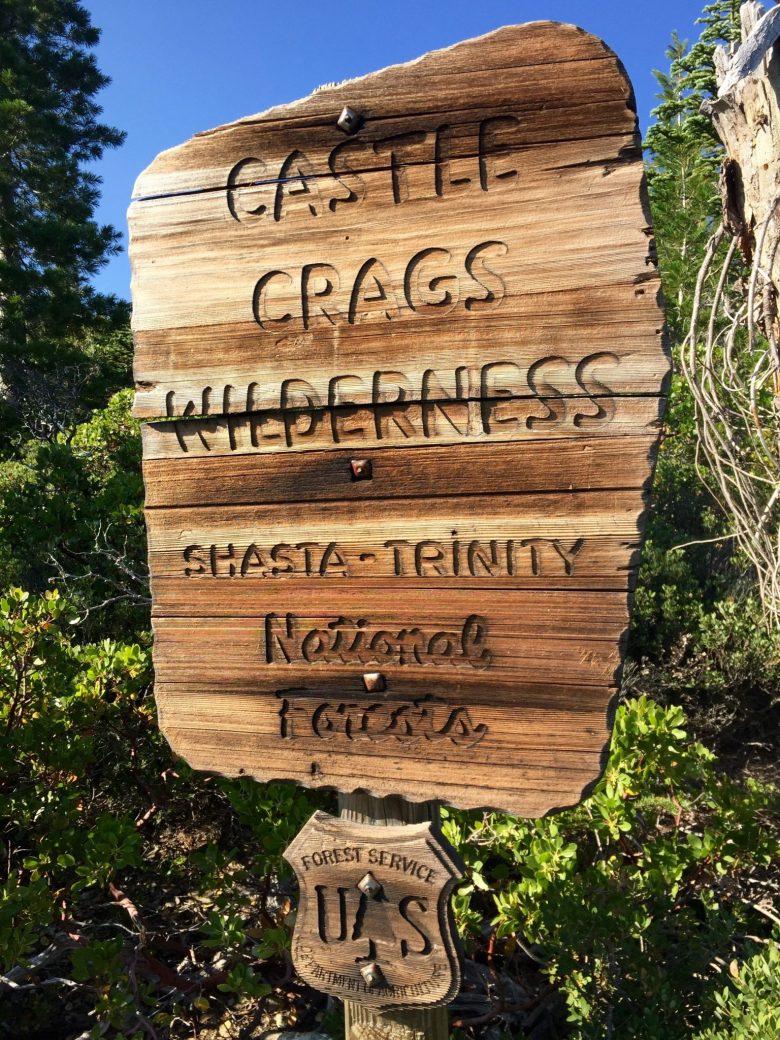