For me, the anticipation of today began to build only a few days ago when I realized that nearing the 1300-mile mark also meant that the halfway point of the trail would follow close behind. It's hard to fathom, really. After all, I can no better comprehend the distance of 100 miles or 500 miles any more than I can 1,325 miles. On foot, long distances seamlessly transition into even longer distances in a way that's unique. Days of the week cease to have meaning, as do months. Time expands into a more abstract sense in the long term, and a more practical sense in the short term--merely a sunrise and a sunset and the movement that takes place between them. Regardless of comprehending its magnitude, among the many milestones we use to mark progress the halfway point stands apart in its significance, second only to the two borders at the start and finish. For the first time, there are more miles behind me than there are in front of me and it's hard to describe exactly the effect that fact has on the psyche of each hiker. For some, the notion that every mile that has brought them to this point needs to be repeated is overwhelming. For me, it only bolsters my attitude knowing that Canada is finally closer than Mexico, and that I inch ever closer to Emily and to my home each day.

The trail itself was a pleasure today, a pleasant stroll along gentle slopes all the way to the halfway point and beyond, with views of Mt. Lassen throughout the day. Its prominence and patches of year-round snow set it apart from the surrounding mountains that continue to shrink in height from those that are behind us, and its volcanic nature was the first sign of the coming transition from the Sierra to the Cascade Range. 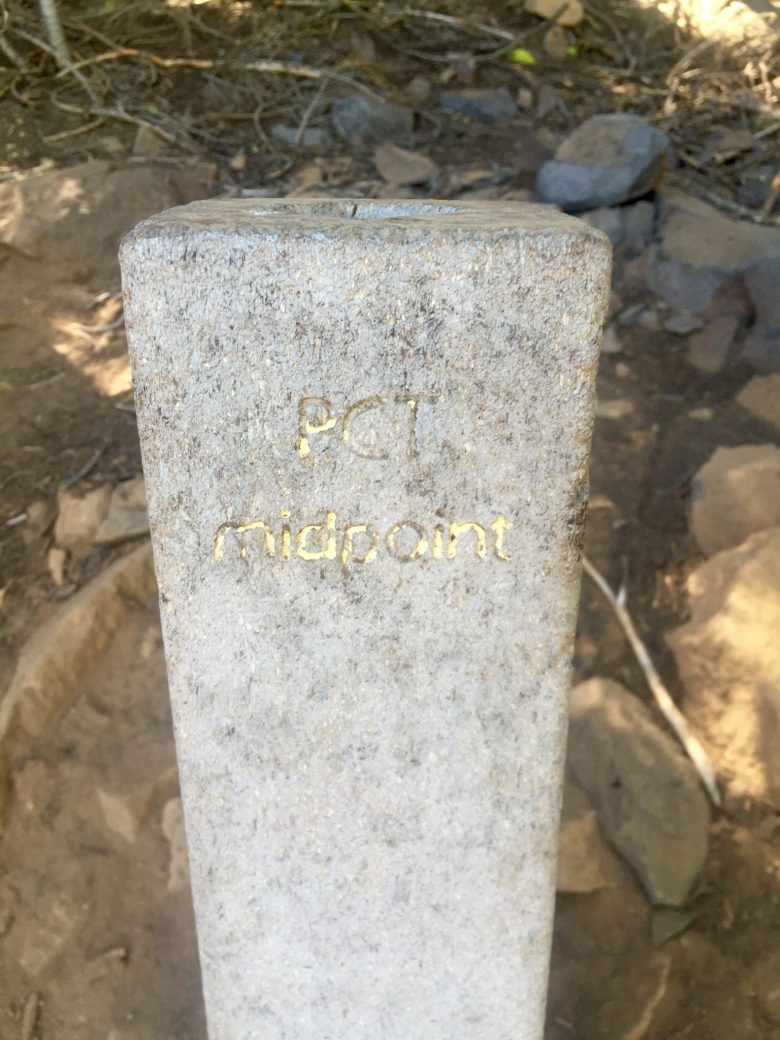 Oddly enough, the official halfway monument is no longer at the actual halfway point of the trail. The modest concrete post sits just more than 4 miles south of the actual halfway point as the trail evolves from year-to-year, expanding and contracting in length due to various reroutes of one sort or another. That didn't stop us from enjoying the moment, signing the register, and snapping a few photos for posterity. 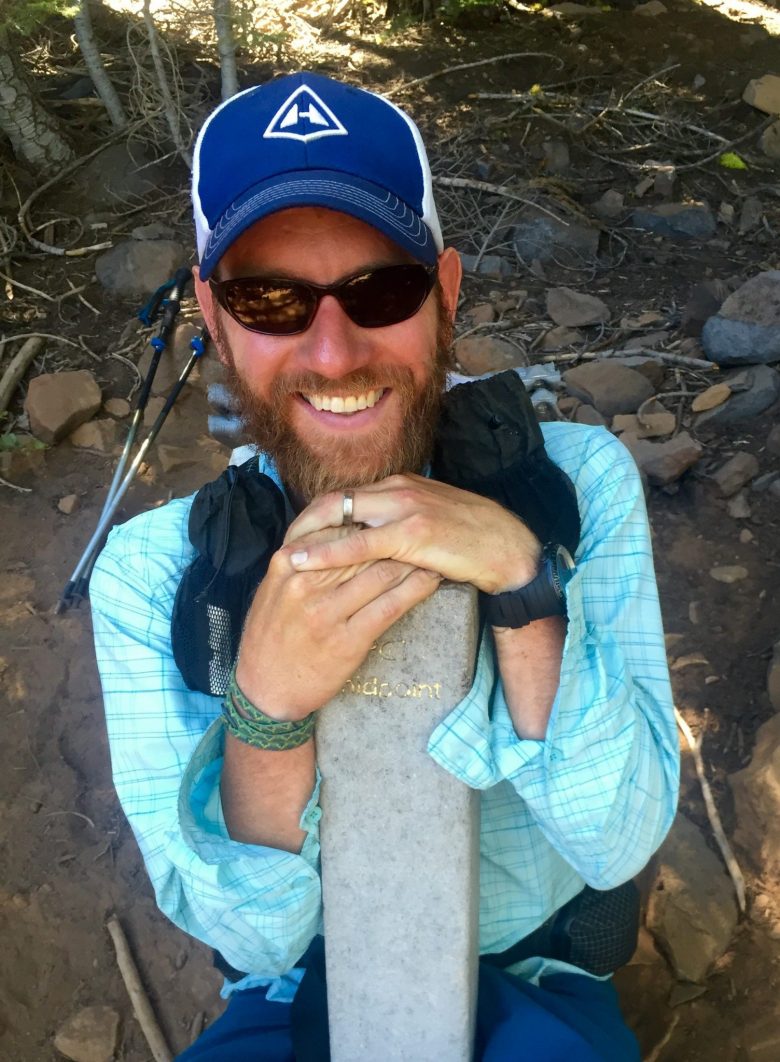 But the more meaningful moment came an hour or so later at an even more humble stone marker that someone had arranged to commemorate the true halfway point. With only a bit more than 3 miles remaining in our day, I spent the last hour lost in thought as I tried to reflect on all that has happened on the first half of this journey. I can only hope the second half is as memorable as the first. 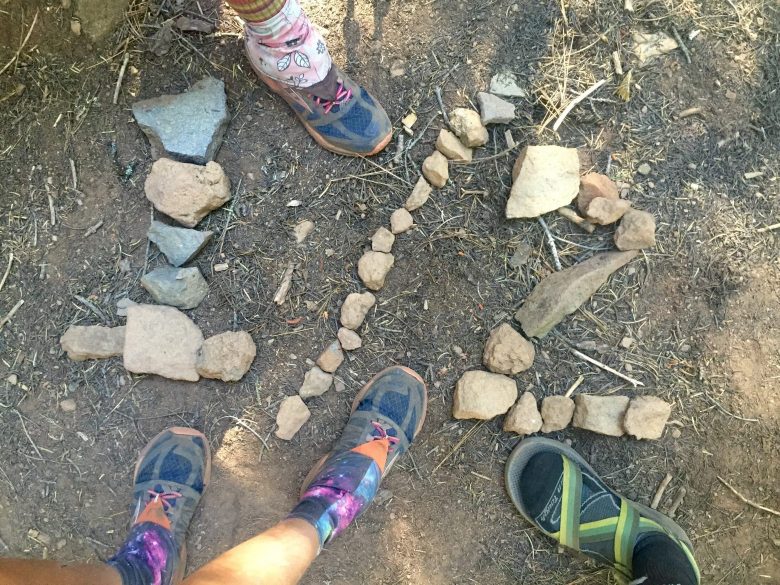